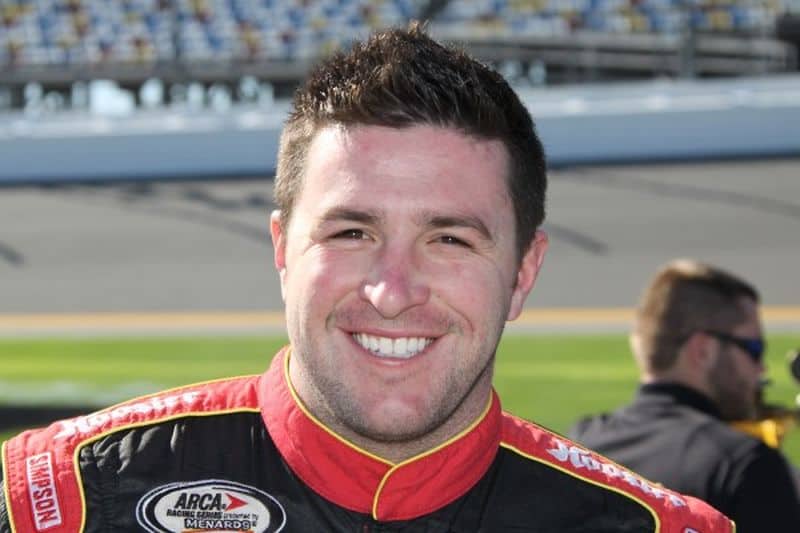 Inclement weather forced the postponed of the Sept. 7 race to nearly a month later and with Briscoe unavailable, team owner Chad Bryant says Hessert is a perfect hit to drive the team’s second car in the Oct. 6 race.

“First, everyone at Chad Bryant Racing is incredibly proud of Chase (Briscoe) for winning the Xfinity Series race at Charlotte Motor Speedway last weekend,” Bryant said. “We were still committed to running two cars at Lucas Oil Raceway – but with everything that’s occurred since Chase winning Charlotte and looking at the logistics we didn’t think it was fair to Chase or Nutri Chomps to ask him to pull double duty hundreds of miles apart on the same day.

“Tom is a great driver who had a lot of success when I worked at Cunningham Motorsports. He is a smart racer who knows what it takes to win, and I think he’ll make the most of this opportunity on Saturday night.”

“Chad and I talked about going and racing a couple of places this season, but he’s been focused on the 77 car and I’ve been busy selling cars,” Hessert said. “When the race at Lucas Oil got rained out, I thought ‘you know, Chase is probably going to need to be somewhere else’ and I gave Chad a call.

“He and I work really well together. We’ve stayed in touch and we’re great friends. I stopped by the shop earlier in the week to make sure all of my gear was ready to go, and everything felt just like it did before. It’s very comfortable. Like racing with your family.”

“Lucas Oil Raceway should be a lot of fun and I can’t thank everyone at Chad Bryant Racing and Nutri Chomps for the opportunity,” added Hessert.

Primary marketing partner Nutri Chomps is one of several product lines by Scott Pet Inc. Scott Pet is headquartered in Rockville, Ind. and is a family-owned manufacturer and distributor of quality pet products for over 40 years.

Four of Hessert’s triumphs have come on short tracks, including the Iowa victory and three more at the historic Salem Speedway. His most recent victory came on the dirt at the DuQuoin State Fairgrounds in 2016. The Cherry Hill, N.J. driver finished fourth at Daytona earlier this season, his only other start of 2018 driving for another organization.

Chad Bryant Racing will also field an entry for its flagship car, the No. 77 Ford Fusion driven by Joe Graf Jr. in the penultimate short track race of the season.

The Shore Lunch 200 (200 laps | 137 miles) is the 19th of 20 races on the 2018 ARCA Racing Series presented by Menards schedule. Practice begins Sat., Oct. 6 with an hour and a half session planned from 2:00 p.m. – 3:30 p.m. General Tire pole qualifying is set for 4:15 p.m. The race is set to take the green flag that night shortly after 7:00 p.m. The event will be streamed live on ARCARacing.com with a to-be-announced air date on MAVTV. ARCARacing.com will also offer live timing and scoring throughout the day’s activities. All times are local (ET).