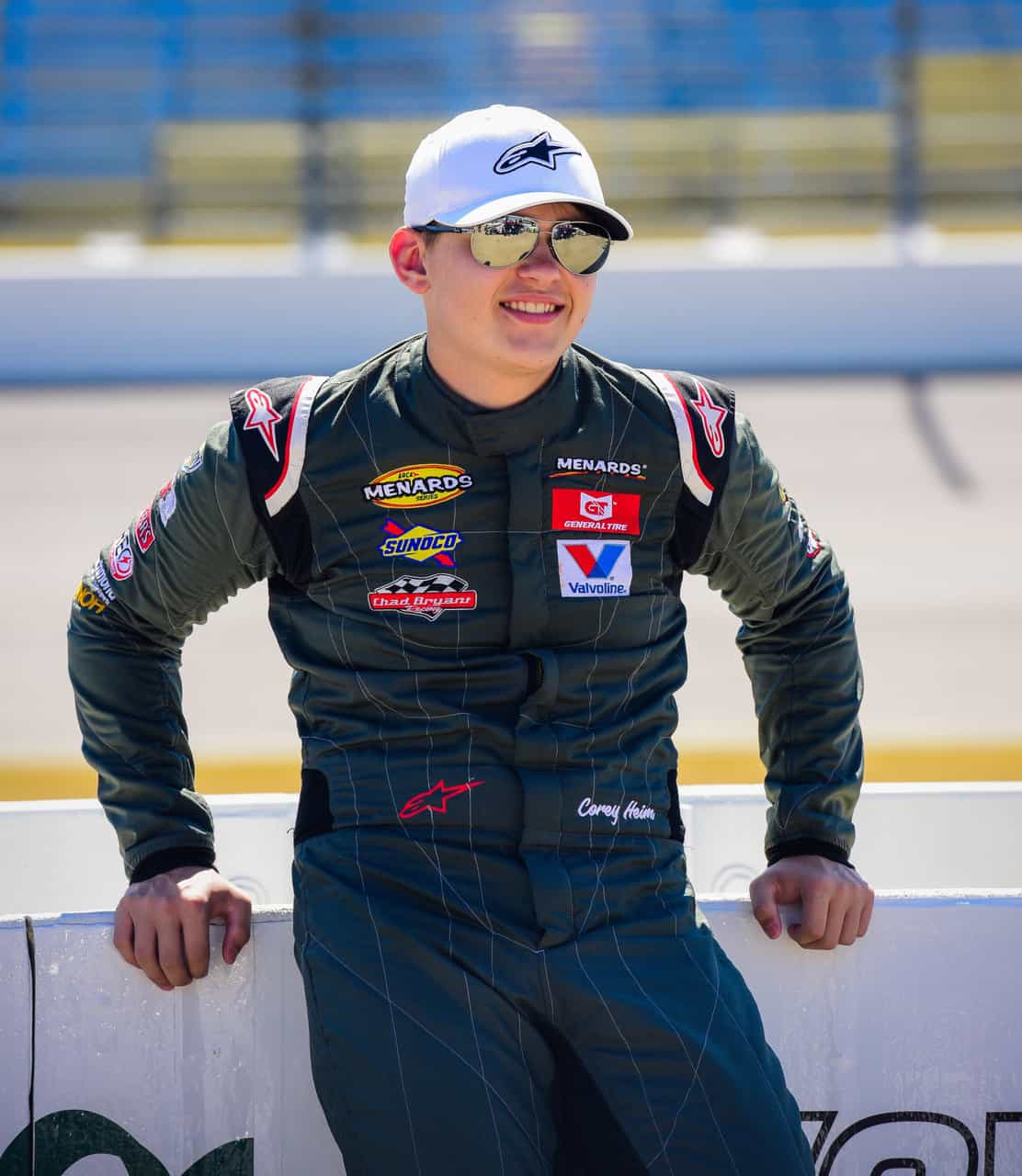 The only thing that can make a terrific season even better for the gifted rookie would be Heim wheeling his No. 22 Speedway Children’s Charities Ford Fusion to Victory Lane in the penultimate ARCA race of the season.

Heim, a native of Marietta, Ga. invades Indianapolis on the heels of back-to-back career-best finishes of third at the DuQuoin (Ill.) State Fairgrounds and the most recent race at the treacherous Salem (Ind.) Speedway last month.

With the guidance of NASCAR champion crew chief Paul Andrews calling the shots, Heim, 17, hopes to end the season as he started it by turning heads with his smooth dynamic driving style.

“We’ve had a few good finishes in a row now, and I’m excited to carry the momentum into my final ARCA start of the year,” said Heim who is ninth in the championship standings despite running a limited schedule this season.

“I feel like we’ve had an up and down year, some bad luck here and there, but I feel like I’ve improved in several ways and hope to showcase that in a huge way on Saturday night. The goal this year was to get better and learn and I feel that I’ve done that this year.

“Hopefully, we can end the year in style with another win for the No. 22 Chad Bryant Racing team.”

To help prepare Heim for his 13th career ARCA Menards Series start, Andrews recently took his pupil to the historic Indiana short track where they spent more than eight hours focused on their race setup.

As usual, Heim continued to get quicker and quicker with every lap turned. The Mooresville, N.C.-based team returns to the half-mile short track optimistic and eager to deliver under the lights for potentially Heim’s first career ARCA triumph.

“We tested at Lucas Oil recently, and it went pretty well,” explained Heim. “We need to improve in a few aspects to compete for the win, but I know we can make the changes to be there when we need too.”

If Heim can’t find himself in the hunt for the trophy, he wants to end the season with another strong finish. With the leadership of Andrews, Heim believes his 12th top-10 of 2019 is very realistic.

“I think another strong run is a good goal for us,” sounded Heim. “First time at Lucas Oil, if I can stay up front and race for the win on Saturday night and come home with a solid finish, I would be satisfied.

“I can’t thank Paul (Andrews), Chad (Bryant) and my guys on this No. 22 team enough for their hard work. I’ve had a blast all year and we definitely made some memories. It’s about focusing forward and leaving nothing on the table for our last race of 2019.”

In 12 career ARCA Menards Series finishes, Heim has scored seven top-five and 11 top-10 finishes, including a career-best of third twice (DuQuoin State Fairgrounds and Salem Speedway). A third-place qualifying effort on three occasions is his best time trials to date. He has led 15 laps of competition in two events.

The Herr’s Potato Chips (200 laps | 137 miles) is the 19th of 20 races on the 2019 ARCA Racing Series presented by Menards schedule. Practice begins Sat. Oct. 5 with an hour and a half practice session planned from 2:00 p.m. – 3:30 p.m. General Tire pole qualifying is set for shortly thereafter at 5:00 p.m. The race is set to take the green flag shortly after 8:00 p.m. The event will be televised live on MAVTV. ARCARacing.com will also stream live timing and scoring throughout the day’s festivities. All times are local (Eastern).