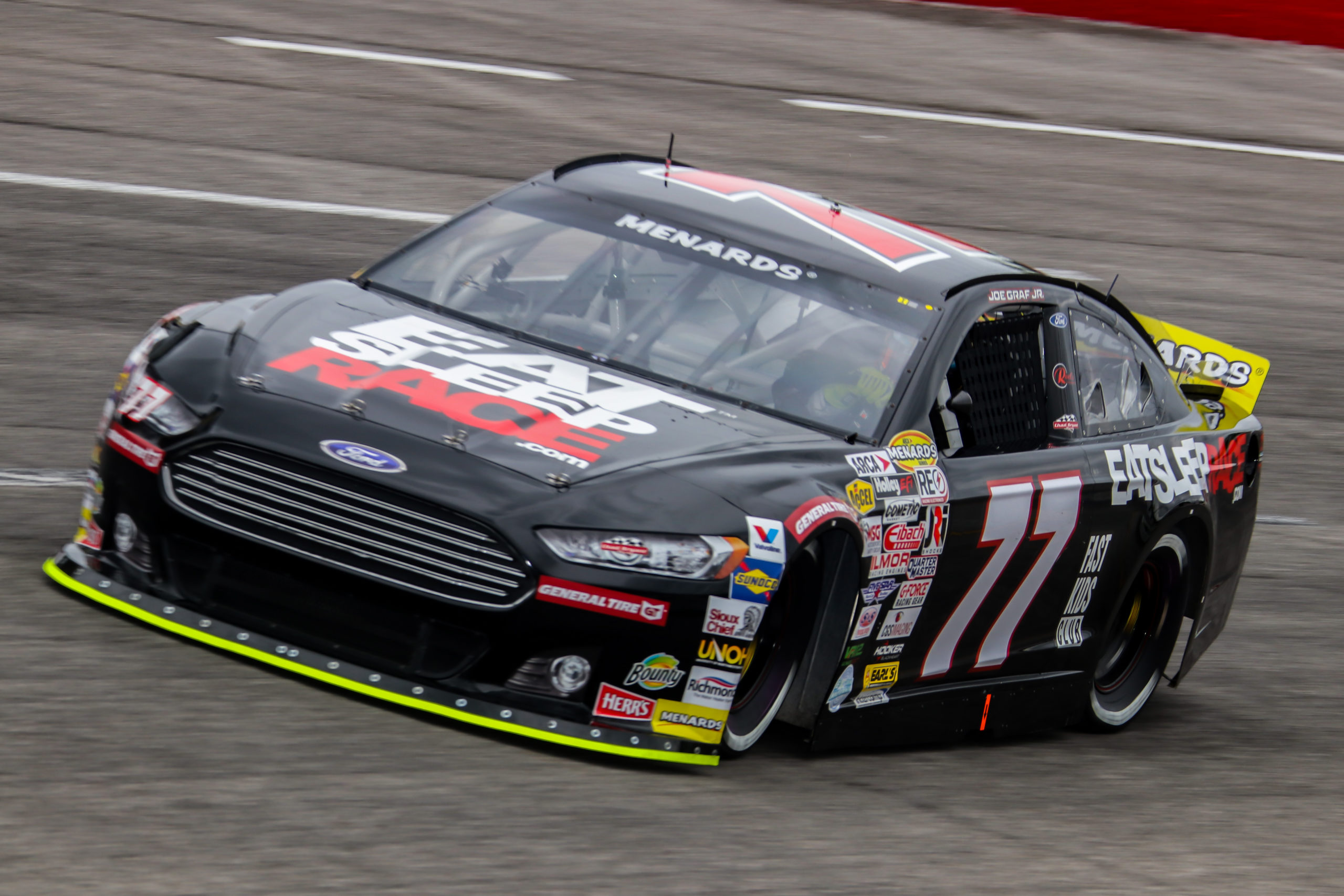 CONCORD, N.C. – After a frustrating finish at Toledo Speedway this past weekend, Joe Graf Jr. (@joegrafjr) and his Chad Bryant Racing team are focused on a serious rebound in Thursday night’s General Tire 150 at Charlotte (N.C.) Motor Speedway.

Losing valuable championship points after being taken out by another competitor at Toledo, Graf fell to fifth in the championship standings and although the championship is still within reach with plenty of races remaining on the schedule, Graf realizes his team has to step up to the challenge and leave Charlotte with a proud finish.

“Have to go to Charlotte and recover, there’s not doubt about it,” said Graf Jr. “Toledo was frustrating, and I was aggravated for a lot of reasons, but I’m a professional race car driver. I’m making some mental notes and moving forward. The guys are prepared to go to Charlotte and have a good run and I’m ready to drive to the front.”

Graf joined his Chad Bryant Racing teammate Ty Majeski at an open-test at the 1.5-mile speedway a couple weeks ago and while the test wasn’t as successful as all had hoped, Graf Jr. knows he’s returning to the team’s hometown track better.

“That’s why tests are so important,” offered Graf Jr. “The test offered an opportunity to see where we were start to finish. We were OK, not great and everyone was determined to go back to the shop and be better. I think we will. We were pretty decent last year even though we didn’t get the finish we felt like we deserved.

For the seventh straight race, EAT SLEEP RACE, a racing lifestyle apparel company headquartered in New Jersey returns as the primary sponsor of Graf Jr.’s No. 77 Ford Fusion for the 200-lap race.

Bryant says a good run on Thursday night would be the boost the team needs to put them right back on track for the upcoming stretch of races.

“As a team we just need to stay focused and get back in the saddle,” offered Bryant. “Toledo was super disappointing and frustrating but sometimes that’s just a part of the game, even if you end up on the wrong side of the stick.

“Joe knows what he needs to do this week at Charlotte and we’re going to work relentlessly to make sure we’re giving him the car he needs so he can go out there and his job to the best of his ability.”

The General Tire 150 (100 laps | 150 miles) is the seventh of 20 races on the 2019 ARCA Racing Series presented by Menards schedule. Practice begins Thurs., May 23 with a two-hour session planned from 11:30 a.m. – 1:30 p.m. Group qualifying is set for later in the day at 5:00 p.m. The race in the 67th consecutive ARCA season is set to take the green flag later in the day shortly after 9:00 p.m. The event will be televised live on FOX Sports 1 (FS1), while ARCARacing.com will stream live timing and scoring throughout the day’s festivities. All times are local (Eastern).