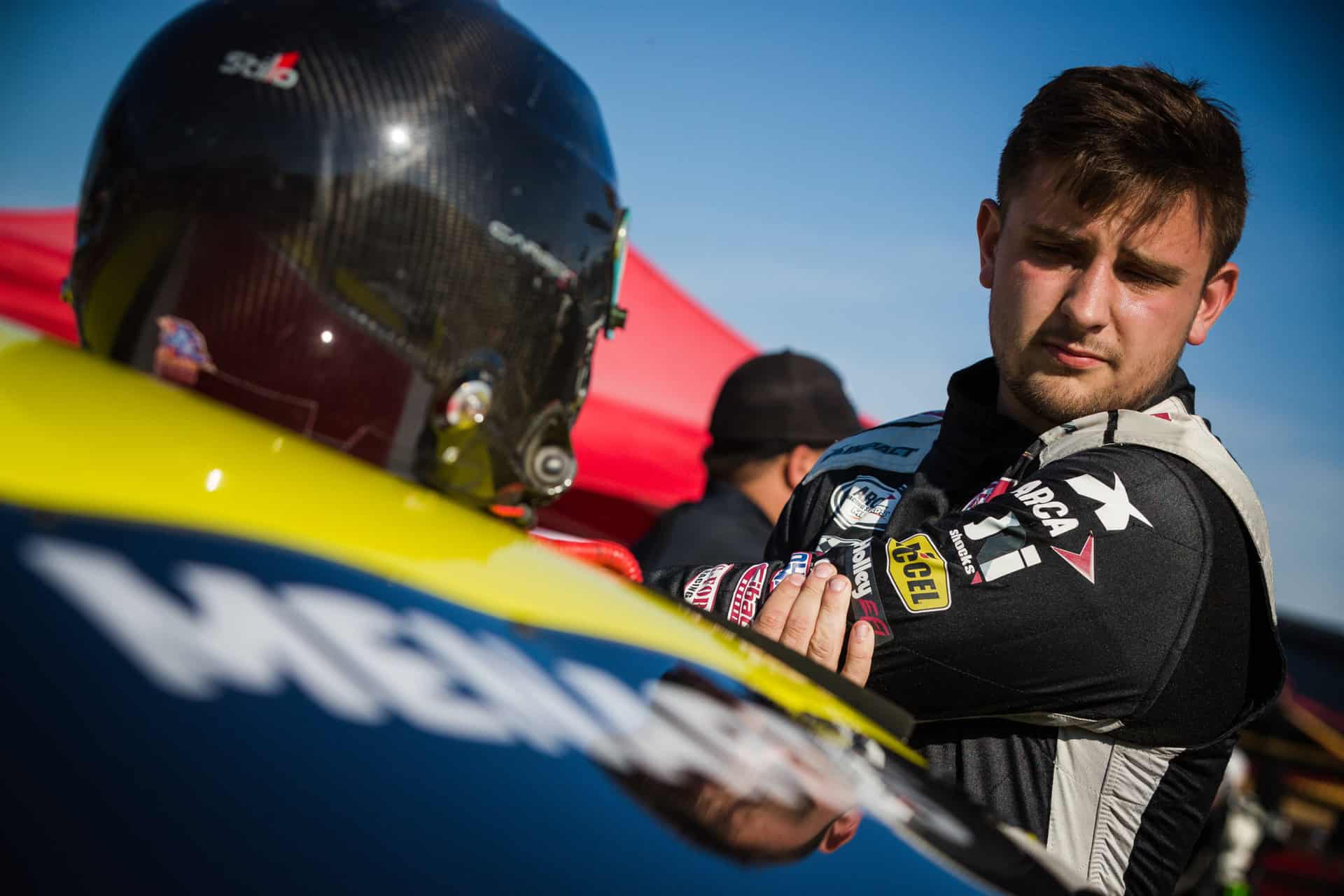 Appearing to be back on track after a two-race slide at Toledo Speedway and Charlotte (N.C.) Motor Speedway respectively, Graf Jr. and his Chad Bryant led No. 77 team reach the halfway point of the 2019 season and look to put the pedal to the metal as the summer tour ramps up.

“After a few speedways, short track racing is a nice relief this weekend,” said Joe Graf Jr. who sits fifth in the championship standings after nine races. “Last weekend’s fourth-place finish was really good for our team – but we played some strategy and it worked out for us.

“We still have some work to do – and hopefully the hard work that everyone is putting in at Chad Bryant Racing will continue to be front and center Friday night at Madison.”

On the way to Madison, Graf Jr. and his Chad Bryant Racing participated in a private test at World Wide Technology Speedway (Gateway) to prepare for the upcoming ARCA race at the 1.25-mile track. And from Madison, Graf Jr. will make the nearly four-hour trip to Iowa Speedway to participate in Sunday’s NASCAR Xfinity Series race for Richard Childress Racing.

“It’s another busy weekend, but at least I’ll be in the race car a lot and that’s not always a bad thing,” explained Graf who finished 12th at Madison last season. “We really need to have a good run in the ARCA car and hopefully things will go better in the NASCAR Xfinity Series side too and I can have a productive weekend all the way around.”

For the 10th straight race, EAT SLEEP RACE, a racing lifestyle apparel company headquartered in New Jersey returns as the primary sponsor of Graf Jr.’s No. 77 Ford Fusion for the 100-mile race.

“It won’t be long before we have some new apparel available and I think everyone is really going to like it. This weekend is another chance at double-dose of exposure for them with EAT SLEEP RACE being on the Xfinity car too and I think will introduce their brand into a much broader audience being a part of NASCAR.”

As for Iowa, Graf said, “I’m looking forward to Iowa Speedway this weekend. It’s one of my favorite tracks to race, you can race top to bottom, there’s not just one groove.

I’m hoping that my past experience in an ARCA car will give me a jumpstart in the Xfinity car and we can have a productive weekend and get some redemption from my mistake in Michigan qualifying last Saturday.

ARCA team owner and crew chief Chad Bryant says he is seeing calmness and focus out of his sophomore ARCA driver and he hopes his determination will lead to on-track success.

“Joe did a nice job last weekend at Michigan and that has the entire No. 77 team upbeat about Madison this weekend,” said Bryant. “When it comes to short track racing, Joe isn’t afraid to apply the pressure and use the fenders to make his way through the field.

“Madison – typically can be a track position race, so we’ll have to see how the race pans out, but I feel pretty good about the No. 77 EAT SLEEP RACE Ford we’re bringing to the track this weekend. It would be awesome to get Joe back in Victory Lane.”

Entering Madison, Graf has one win, seven top-five and 13 top-10s in 28 career ARCA Menards Series starts in two seasons of competition. A fourth-place qualifying effort at Charlotte (N.C.) Motor Speedway in May 2018 is his best time trials effort to date.

The Shore Lunch 200 (200 laps | 100 miles) is the 10th of 20 races on the 2019 ARCA Racing Series presented by Menards schedule. Practice begins Fri., June 14 with an hour and a 45-minute practice session from 1:30 p.m. – 3:00 p.m. General Tire pole qualifying is set for later in the day at 5:00 p.m. The race is set to take the green flag later in the day shortly after 8:00 p.m. The event will be televised live on MAVTV. ARCARacing.com will also stream live timing and scoring throughout the day’s festivities. All times are local (Central).