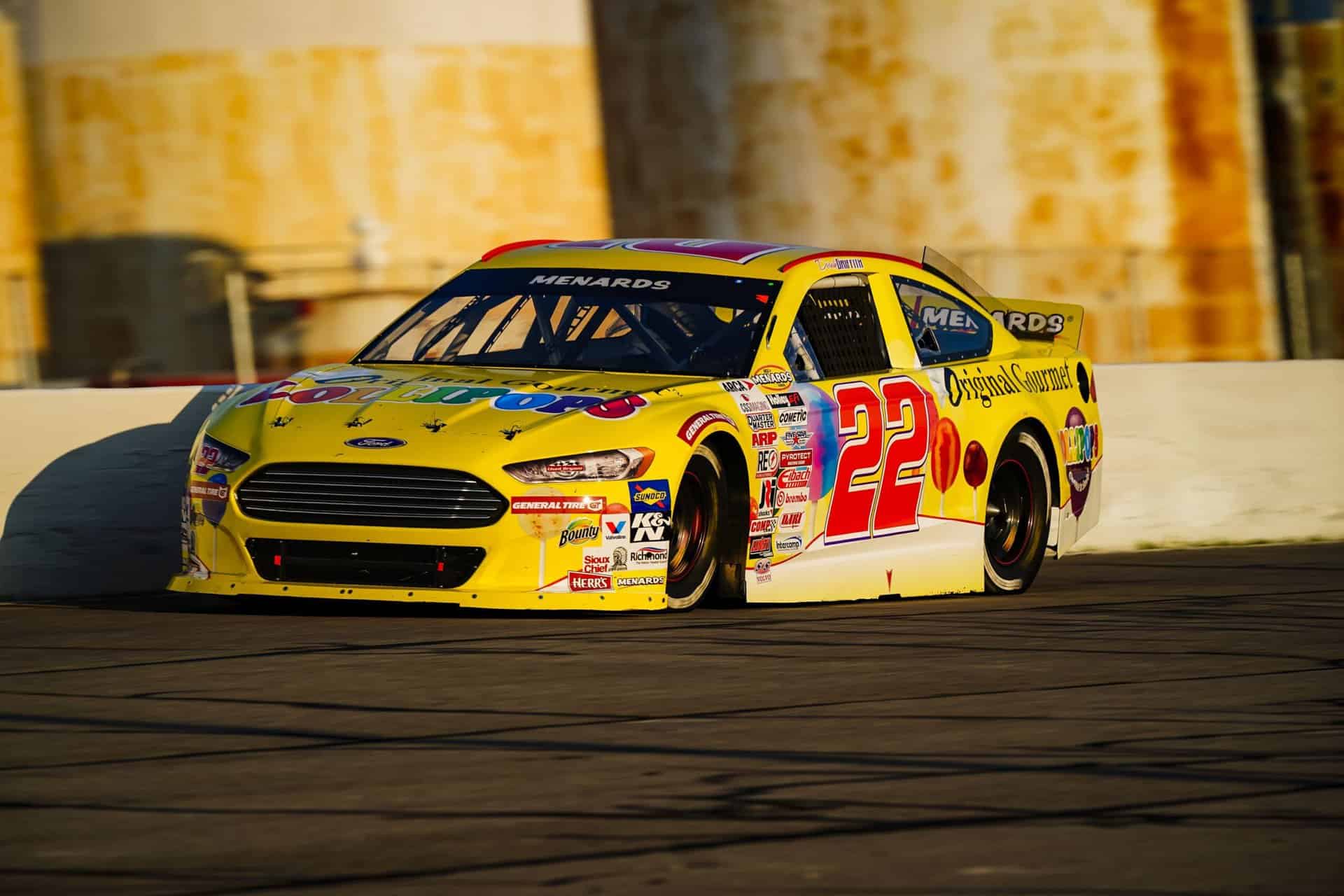 TOLEDO, Oh: Chad Bryant Racing hadn’t planned to compete in this weekend’s ARCA Menards Series doubleheader at Toledo Speedway, but thanks to hard work from team owner Chad Bryant and rookie Derek Griffith, the team will show up at the northern Ohio racetrack and hope for the opportunity to compete for two wins on the same weekend.

While huge strides were made from Griffith, he is looking forward to the opportunity to return back to his forte and the chance to return the Mooresville, N.C.-based team back to Victory Lane.

“I am very excited to hit Toledo Speedway this weekend,” said Griffith. “The track looks like a fast and fun place to race and it is right up my alley for track size as well, so hopefully good things are in store for our team this weekend.”

Of course, it was a short track in February at New Smyrna (Fla.) Speedway, where Griffith and CBR took the series’ by storm when Griffith in his series’ debut won the pole, led a dominating 144 of 175 laps – but was penalized late in the race for a pit road infraction. Still, the Hudson, N.H. native recovered to finish second.

This weekend in sorts, Griffith is hoping to finish what he started at New Smyrna and add another strong Toledo Speedway result to Chad Bryant Racing’s track record at the historic half-mile ARCA owned track.

“It has been an amazing experience so far with Chad Bryant Racing,” added Griffith. “Really hoping we can add even more races to our schedule this season – but as far as Toledo goes, the short tracks are something I prefer. With limited practice, I am struggling a little bit at the larger tracks, so the chance to get back to some normalcy is the perfect opportunity for our No. 22 Chad Bryant Racing team to make some noise.

“We have two chances to get into Victory Lane this weekend too. So, that is big. Can’t wait to get to Toledo and just get things started.”

Although Griffith realizes he will have tough competition at Toledo this weekend from the likes of fellow teams Venturini Motorsports, DGR-Crosley and Bret Holmes Racing, the 23-year-old believes his team can strut its stuff this weekend and he can make up for his inexperience in 400 laps of competition.

“I think we are all ready for a win,” Griffith expressed. “It would mean the world to cement my name down as a winner in the ARCA Menards Series and hopefully looked at as a good competitor from the other series’ drivers and teams.

“Chad (Bryant) and Paul (Andrews, crew chief) know what it takes to be successful at Toledo Speedway and I’m just hoping that I can live up to our expectations this weekend and it will give us some momentum for the future.”

This weekend marks the fifth and sixth events with Original Gourmet™ Food Company as the primary partner of Griffith’s No. 22 Ford Fusion.

Team owner Chad Bryant is looking forward to having Griffith back on normal turf and setting his driver loose on the competition.

“We expect to be fast this weekend and contending for the win,” offered Bryant. “All season long I’ve been super impressed with Derek, but getting the chance to add both Toledo Speedway races to our schedule gives us that extra motivation to go there and not only try to get both wins – but put our No. 22 Original Gourmet™ Food Company inside the top-five all race long.

“Looking forward to seeing what we can accomplish at ARCA’s home track.”

The MENARDS.com 200 presented by SPxE (200 laps | 100 miles) is the ninth of 20 races on the 2020 ARCA Menards Series schedule. Practice begins Fri., Jul. 31 with a forty-five-minute practice session from 5:00 p.m. – 5:45 p.m. General Tire pole qualifying is set for 6:30 p.m. The race is set to take the green flag shortly after 8:00 p.m. and will be televised live on MAVTV and NBC Sports Gold, while ARCARacing.com will stream live timing and scoring throughout the entire weekend festivities. All times are local (Eastern).

The MENARDS 200 presented by Crosley Brands (200 laps | 100 miles) is the 10th of 20 races on the 2020 ARCA Menards Series schedule. Practice begins Sat., Aug. 1 with a half-hour practice session from 3:00 p.m. – 3:30 p.m. General Tire pole qualifying is set for 4:45 p.m. The race is set to take the green flag shortly after 6:00 p.m. and will be televised live on MAVTV and NBC Sports Gold, while ARCARacing.com will stream live timing and scoring throughout the entire weekend festivities. All times are local (Eastern).