Chad Bryant Racing gets back to business at Five Flags Speedway 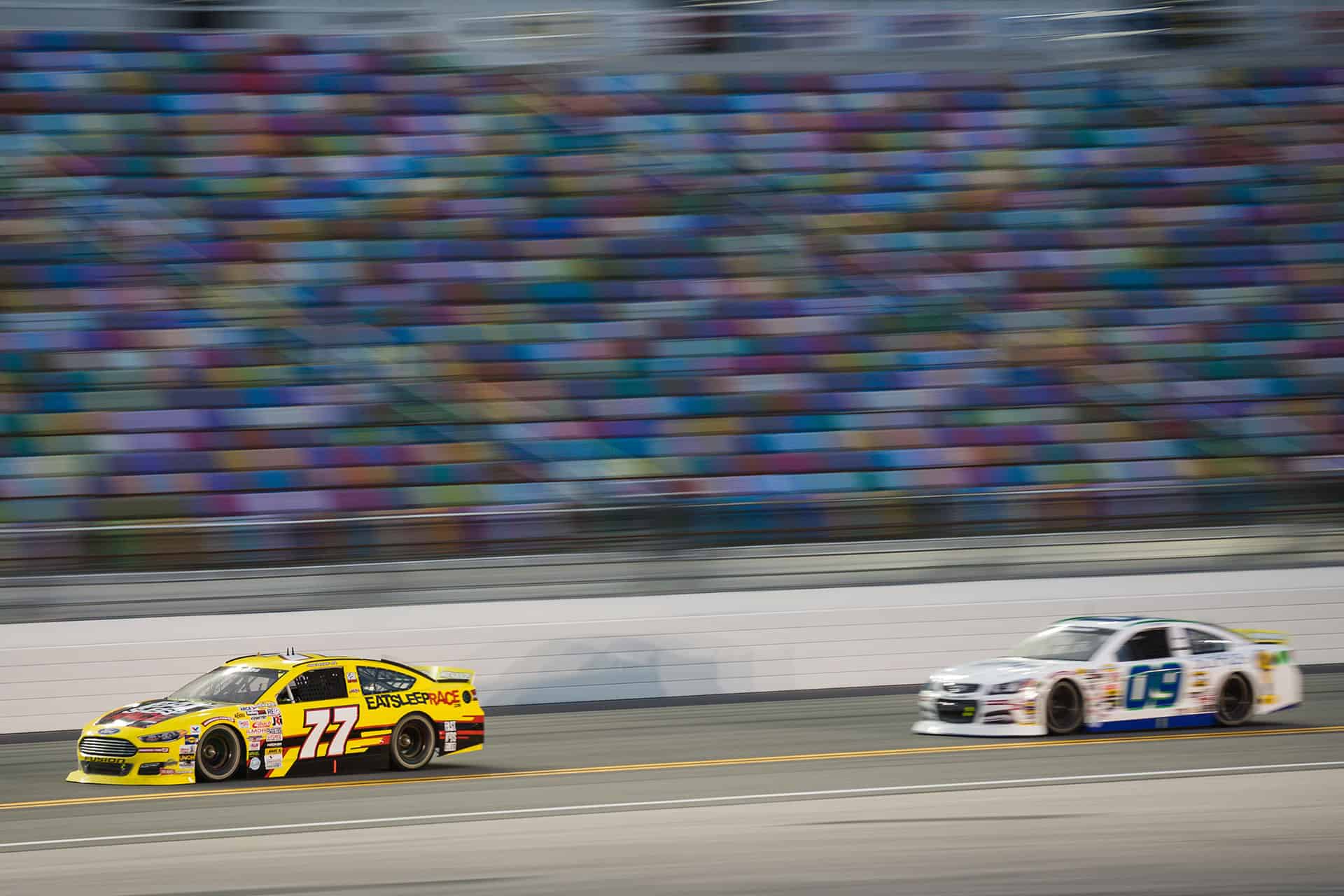 To prepare the team for the second race of the season, both drivers and former ARCA champion Grant Enfinger tested at the historic half-mile facility, where they dialed in their Ford Fusions hoping to give them an added boost prior to a full day of practice, qualifying and the race on March 9.

For Graf Jr., driver of the No. 77 EAT SLEEP RACE Ford Fusion, the race is an opportunity to get his sophomore season back on track after a plastic bag caused the engine to overheat during the season-opener at Daytona (Fla.) International Speedway last month, hindering the 20-year-old driver’s finishing position.

“I’m looking forward to Five Flags this weekend,” said Graf Jr. “It’s been a busy couple of weeks for me – but I’m eager to get back behind the wheel of my No. 77 Eat Sleep Race Ford Fusion and have an opportunity to get my second ARCA win.”

A rising star in stock cars, Graf Jr. says the test in Pensacola last weekend helped him get a footing for the track’s abrasive surface and a chance to get acquainted with his new teammate.

“The test went good for us,” Graf Jr. added. “Five Flags is a new venue for ARCA and that’s a great thing but for all of us, but it will be a very competitive race. We spent last week tweaking with the setup in both qualifying and race mode to make sure we were in a good spot to come back and unload.

“If we can find another tenth or two, we’ll be in great shape. Getting to the end of the race will be important for us as we want a shot to bring home the trophy.”

After joining CBR at Daytona, EAT SLEEP RACE, a racing lifestyle apparel company headquartered in New Jersey returns as the primary sponsor of Graf Jr.’s No. 77 Ford Fusion for the 200-lap race.

“Super pumped to have EAT SLEEP RACE back on board this weekend at Pensacola,” offered Graf Jr. “We are working with them on several different projects and just launched a new campaign centered around our Daytona adversity and much more, it’s going to be a fun season.”

Heim will take the reins of the No. 22 Speedway Children’s Charities Ford Fusion and look to impress in his ARCA Racing Series debut under the direction of crew chief Paul Andrews.

“I’ve been counting down the days to get to Pensacola,” said Heim, a native of Marietta, Ga. “We had a really productive test with the guys last week and I’m looking forward to picking up where we left off this weekend.”

As for a goal for his ARCA debut on Saturday, Heim isn’t being overconfident – but believes his CBR team portrays the equipment and personnel to win.

“I’d like to think that I can win the race on Saturday night,” he said. “Joe (Graf Jr.) could too. Chad Bryant Racing always brings fast cars to the track. The guys have been great to work with and we’re proud to have Speedway Children Charities on the car this weekend. Just need to have a good showing to give us some momentum to our next race at Salem.”

Andrews who led the team in the test said he was impressed with Heim’s efforts.

“We unloaded fastest of the cars that were there,” said Andrews. “We spent the day working on race runs and set up options to get feedback and to get to know Corey’s driving style. At the end of the night, we made a mock qualifying run that had good speed and feel like we can go back this weekend and be faster.

“Most of all, Corey has experience at Five Flags Speedway in Snowball Derby competition and that will be an asset to all of us this weekend.”

The ARCA Pensacola 200 presented by Inspectra Thermal Solutions (200 laps | 100 miles) is the second of 20 races on the 2019 ARCA Racing Series presented by Menards schedule. Practice begins Sat., Mar. 9 with an hour and a half session from 12:00 p.m. – 1:30 p.m. General Tire pole qualifying is set for later in the day at 3:30 p.m. The race for the 67th consecutive ARCA season is set to take the green flag later that night at 7:00 p.m. The event will be televised live on MAVTV, while ARCARacing.com will stream live timing and scoring throughout the entire weekend festivities. All times are local (CT).

EAT SLEEP RACE (eatsleeprace.com) is a racing lifestyle apparel company based out of New Jersey. Since 2001 the brand has offered a full product line including accessories and apparel for men’s and ladies. As one of the pioneers of motorsports apparel, the brand has deep roots in the racing industry and was created to offer fresh designs for all racing enthusiasts.