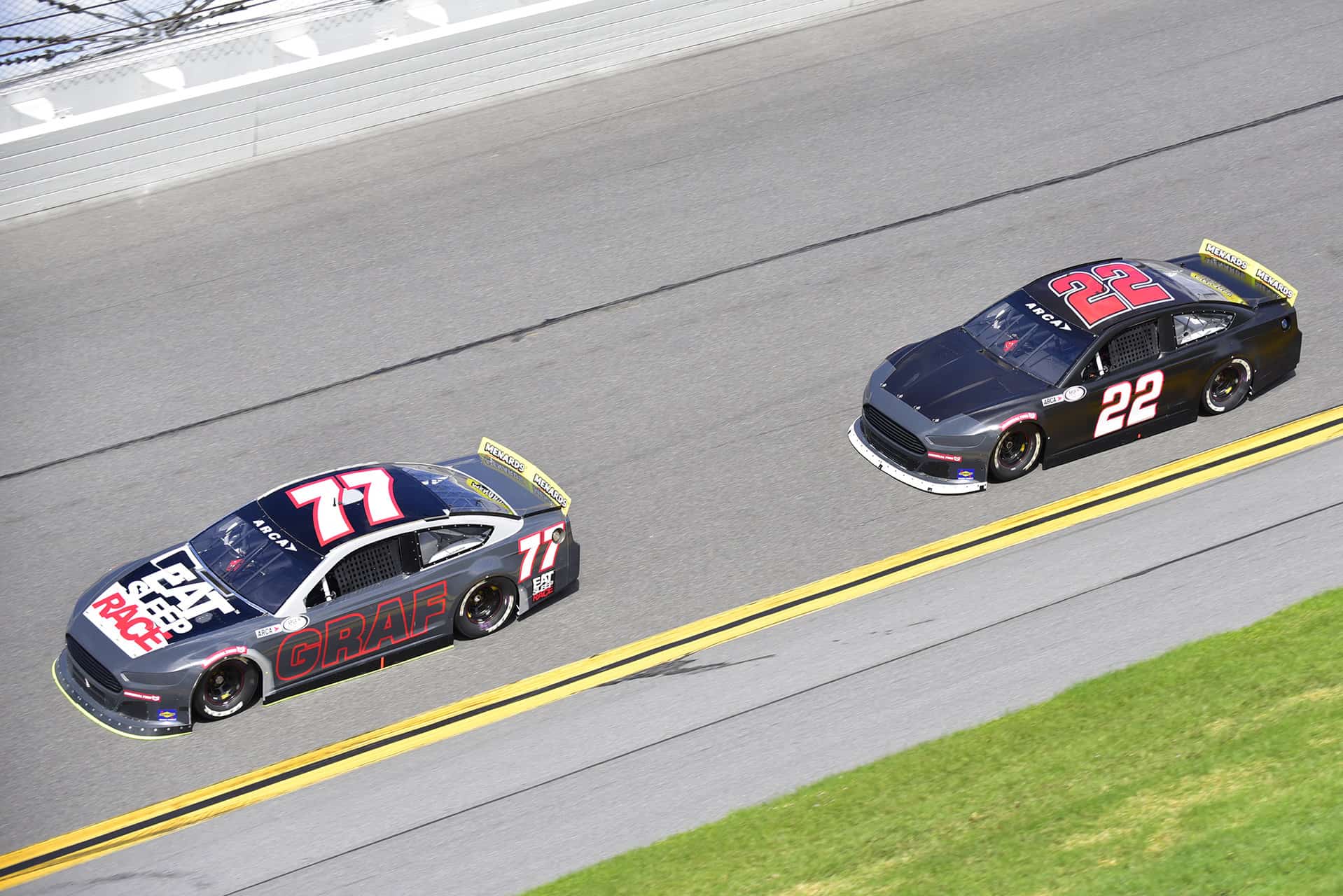 MOORESVILLE, N.C. – One of the last ARCA Racing Series presented Menards teams to leave the grounds of Daytona (Fla.) International Speedway this past Sat., Jan. 12, Chad Bryant Racing (CBR) wrapped up a productive two-day test with their No. 22 and No. 77 Ford Fusions in preparation for next month’s season opening Lucas Oil 200 driven by General Tire.

Focused on setup and engineering, team owner and Graf’s crew chief Chad Bryant explained the test was productive and will make his team better for the first race of the season on Feb. 9, 2019.

“The test was very productive,” said Bryant. “With the help of Parker, Corey, Joe and Stefan we were able to make significant gains from start to finish and feel confident in the direction of our superspeedway program for the race.

“We know that we weren’t the fastest bunch, but I make a promise when we come back to the track in about a month – everyone will know that we came to win the race.”

For Graf Jr., who will drive the team’s No. 77 Ford Fusion in his Daytona debut says the test allowed him to get a head start on Speedweeks.

“Daytona is a lot different than Talladega,” explained Graf who found himself a part of the closest finish in ARCA Racing Series history last April at Talladega edged by Zane Smith by a mere .029 seconds.

“While they are some similarities, there is a lot that is different too. We spent times in solo runs and in the draft and by the end of the test on Saturday – I feel like we made some steady gains that have me upbeat to get back for race weekend.

“I appreciate Sleep Eat Race jumping onboard for the test as our sponsor and hopefully they’ll be a part of my Daytona debut.”

For Heim who used the session to jumpstart his ARCA career embraced the opportunity to drive around the historic track. Heim won’t be able to race Daytona because of an age restriction – but will quickly return to the team controls for the second race of the year at Five Flags (Fla.) Speedway in early March.

“I’m extremely grateful for Chad (Bryant) and the team allowing me to come to Daytona and get used to an ARCA car,” said Heim who will compete in 13 ARCA races this season for CBR.

“It will be a few years before I’m able to compete at Daytona – but the test offered some opportunity for me to get used to drafting on a big track and have some fun too. I was grateful to spend some time with my crew chief Paul (Andrews) and the opportunity to work together a little bit.”

For NASCAR Gander Outdoors Truck Series competitor Parsons, 20, he utilized preseason thunder as the chance to earn his superspeedway clearance in ARCA should an opportunity arise to race at Daytona in February or Talladega in April.

“It was an amazing experience going down to Daytona and making laps at such a legendary racetrack,” said Parsons. “To be able to hit the ground running and make my first laps in the draft was great.

“Chad Bryant has built up one of the best operations in ARCA and to be able to drive one of his cars was a great privilege. I can’t thank Chad and Joe (Graf Jr.) enough for the opportunity.”