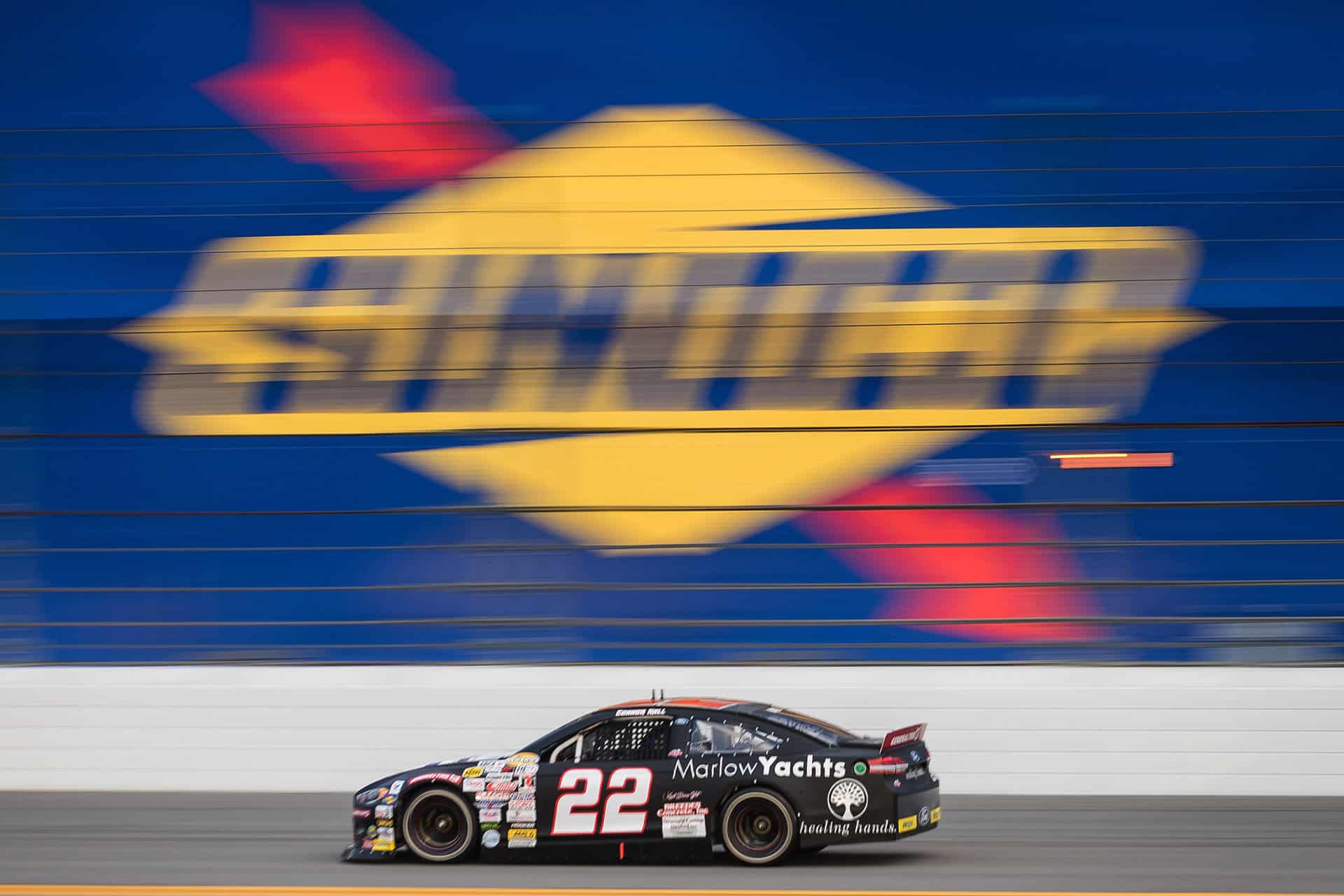 MOORESVILLE, N.C. – With the third race of the 2019 ARCA Menards Series season less than a week away, Chad Bryant Racing is putting the final touches on their two-car team hoping its enough to propel the Mooresville, N.C.-based team into Victory Lane in the Kentuckiana Ford Dealers ARCA 200 on April 14.

With drivers Joe Graf Jr. (@JoeGrafJr), Corey Heim (@CoreyHeim3) and Ty Majeski (@TyMajeski) eager for some on-track time at the historic half-mile oval, the veteran ARCA team spent a majority of the test session focused on handling and stability on their No. 22 and No. 77 Ford Fusions respectively.

For Graf Jr., driver of the No. 77 EAT SLEEP RACE Ford Fusion, his return to Salem Speedway is an opportunity to better his two eleventh place finishes at the Southern Indiana short track in his third start.

“The test was productive,” said Graf. “Salem Speedway is such a stout race track. You can’t have any fear getting around there and you best be ready to get on the throttle in Turns 3 and 4. If you aren’t kissing the wall, you’re not getting around Salem fast enough.

“You need to be good speed wise coming out of Turn 2 onto the backstretch and then get that launch into Turn 3 that can propel you through Turn 4 and back to the start-finish line. We kept working on that throughout the day. Whether we were on old tires or new tires, you have to be pretty for every condition.

“At the end of the day, I felt we had good speed and hope to come back a little quicker next weekend.”

Heim who made his ARCA debut at Five Flags (Fla.) Speedway last month is seeking his second consecutive top-five finish. And while Salem can be brutal to rookie drivers, the Georgia driver quickly adapted with the guidance of crew chief Paul Andrews.

“It’s a fast place,” offered Heim. “Joe (Graf Jr.) said handling is the key to success at Salem and he wasn’t kidding. For me, it was first finding my comfort and then getting that good balance on our No. 22 Speedway Children’s Charities Ford Fusion.

“Once I had that comfort – we went right into our mock simulation modes and I overall we were pretty satisfied. I think Salem is one of those places you’re going to have to chase the handling of your race car from start to finish. And I think the weather will be a factor too.

“We’ve got a good baseline for the car and look to build on that next weekend.”

CBR general manager and crew chief Andrews said he was satisfied with the outcome.

“The test went very good and we had great weather too,” Andrews said. “Chad Bryant Racing has a good baseline setup and we made it better with Corey throughout the day. We had good speed in race and mode and even better speed in qualifying trim and that’s all positive.

“Joe’s car seemed to be equally fast with Chad (Bryant) on a mission Can’t wait to get back there and see how it all turns out.”

For team owner and crew chief Bryant – he is poised to return to Salem next weekend and earn his second ARCA victory since taking ownership of what was Cunningham Motorsports at the beginning of the 2018 season.

“We have some fast cars,” offered Bryant. “But we always want to be faster. The drivers worked hard and Ty (Majeski) was a good asset to help both drivers. A lot of ARCA teams tested at Salem and no doubt will come back better, so we need to too.

“It would be great to get Joe a good finish to keep his season pointed in the right direction and a strong effort for Corey in his first ARCA start at Salem will only give the No. 22 team more momentum for the next race.

“It’s going to be a competitive race – but no reason we can’t be contenders.”

The Kentuckiana Ford Dealers 200 (200 laps | 111 miles) is the third of 20 races on the 2019 ARCA Menards Series schedule. Practice begins Sat., Apr. 13 with an hour and a half session from 11:00 a.m. – 12:30 p.m. General Tire pole qualifying is set for later in the day at 3:00 p.m. The race in the 67th consecutive ARCA season is set to take the green flag the following day, Sun., Apr. 14 beginning at 2:00 p.m. The event will be televised live on MAVTV, while ARCARacing.com will stream live timing and scoring throughout the entire weekend festivities. All times are local (ET).