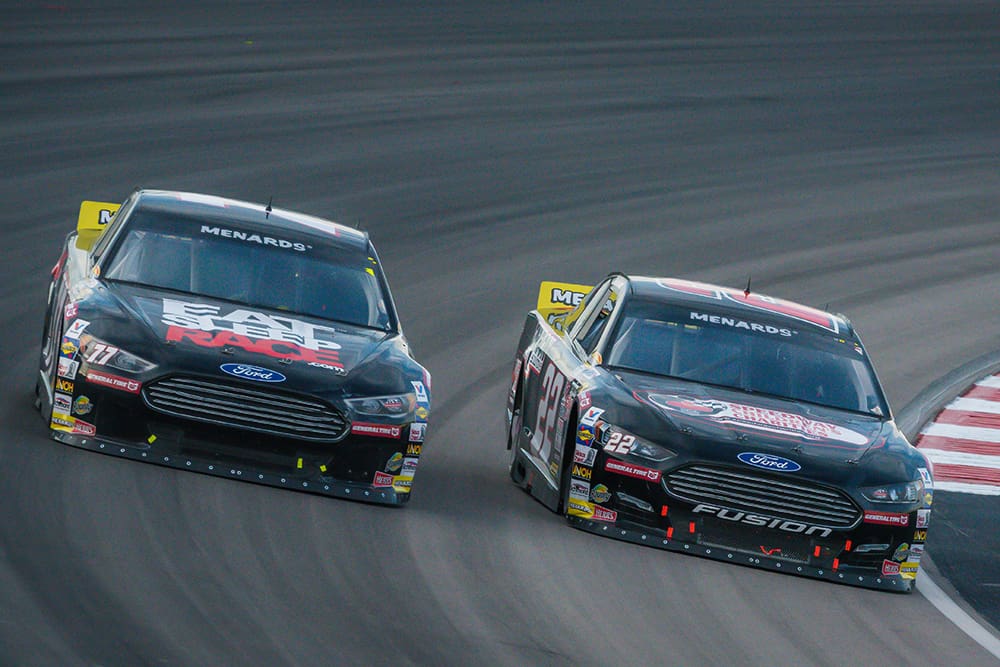 ISM Raceway’s season-finale will mark the team’s debut in the NASCAR K&N Pro Series West division but will utilize the race to get a jumpstart on the 2020 season which will be rebranded as ARCA West.

“As an organization, we are excited to head to ISM Raceway and compete in Saturday afternoon’s K&N West Series season finale,” offered team owner Chad Bryant. “We realize that the competition will fierce and the teams are going to leave nothing on the table for the last race of the year, but we saw Phoenix as an opportunity to dive in and give ourselves another opportunity to get a win.

“My Chad Bryant Racing guys have worked extremely hard on these cars over the last couple of weeks and we feel like we’ll be in good shape with two talented drivers.”

Majeski, a native of Seymour, Wisc. competed in six ARCA races this year with Chad Bryant Racing between April and October. In those six races, he won three times and earned six top-five finishes with the worst effort of fourth at Talladega (Ala.) Superspeedway.

Leading 112 laps this season, Majeski had an average finish of 2.0.

The 24-year-old has one start in the NASCAR Xfinity Series at the 1.0-mile race track last fall where he earned an 18th-place finish.

Majeski will have a busy weekend at Phoenix as he’ll compete in the Lucas Oil 150, the NASCAR Gander Outdoors Truck Series’ (NGOTS) penultimate race of the season for Niece Motorsports.

A former competitor at ISM, Majeski knows that track position will be crucial to the team’s success in the 100-lap dash.

“I think the biggest thing we’ll face this weekend is track position,” he added. “There are no live pitstops so there are less opportunities to gain positions. It’ll be important to qualify up front and sustain that track position throughout the race.”

A native of Marietta, Ga., Heim has never been to ISM Raceway but leans on the experience of his team after a successful rookie campaign in ARCA.

Competing in 13 of the 20 races, the 17-year-old maneuvered eight top-five and 12 top-10 finishes with a worst finish of 11th in his third race of the year at Fairgrounds Speedway Nashville.

Heim ended the year on a string of three consecutive top-five finishes, including a career-best third twice in back-to-back races at the DuQuoin (Ill.) State Fairgrounds and Salem (Ind.) Speedway respectively.

Despite not running the full schedule, Heim finished runner-up in the Rookie of the Year honors and finished 10th in the championship standings.

“I can’t thank Chad Bryant Racing enough for all that they have done for this year,” said Heim who participated in a CARS Tour event at South Boston (Va.) Speedway this past weekend. “We’ve had a lot of fun and success together in ARCA this year and I’m excited about the opportunity to do more of the same in the K&N West Series season finale in Phoenix.

“I’ve never been to ISM Raceway, but I know I’m surrounded by talented people who will help my learning curve seamless.”