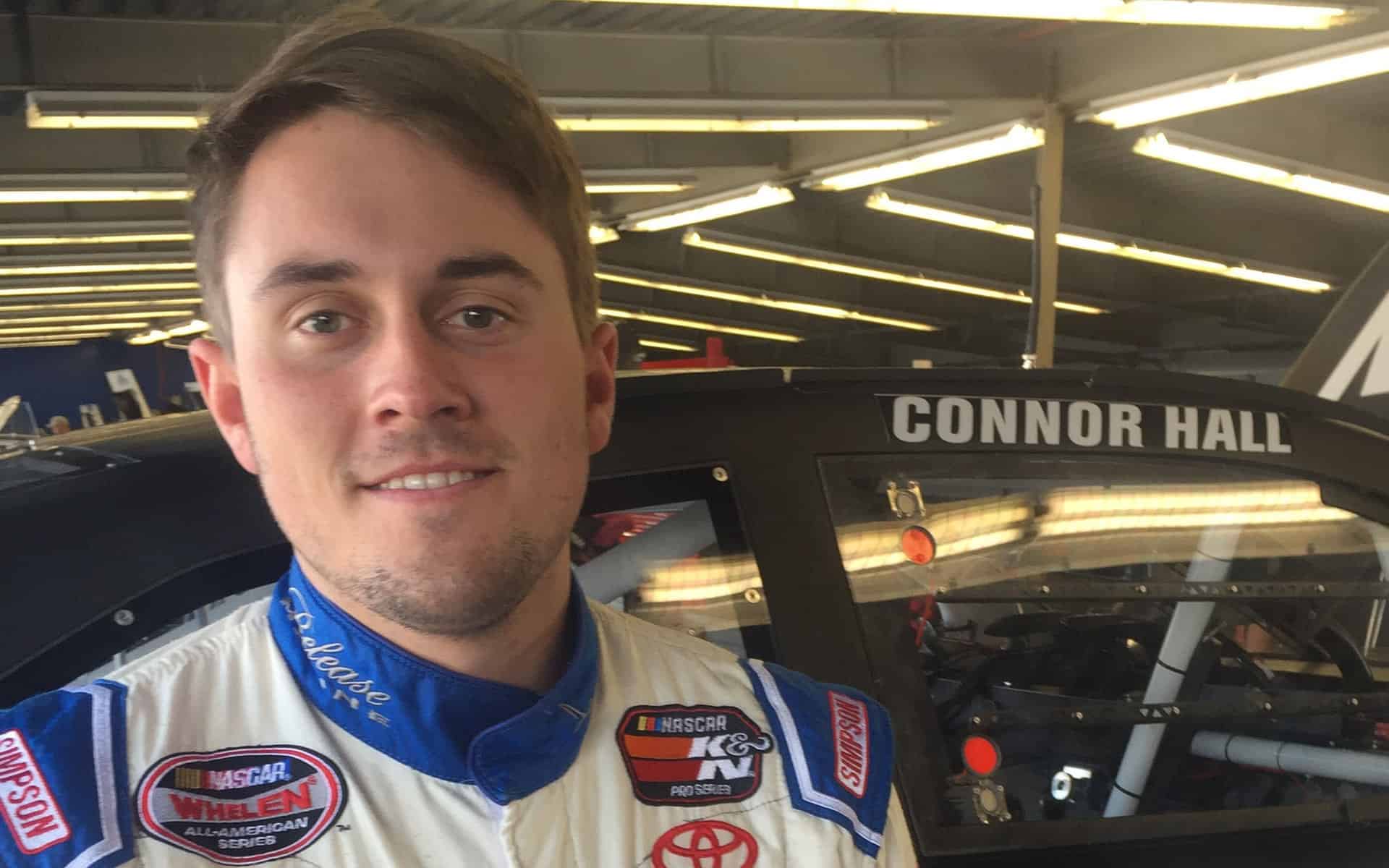 Hall will make his series’ debut about the No. 22 Ford Fusion with support from Marlow Yachts and Healing Hands. NASCAR championship winning crew chief Paul Andrews will call the shots for Hall in the 80-lap season opener.

“I am ecstatic that I get to work with Chad Bryant Racing some this year,” Hall said. “I am beyond thankful for my sponsors and I’m extremely happy to represent them for this event, as well as the rest of the 2019 season.

“I look forward to what the 2019 season will bring for myself as a driver and also for my partners. I hope this is going to be our biggest and best year yet.”

Hall, 21, participated in the ARCA open-test at the “World Center of Racing” in January with another team where he earned crucial drafting experience readily preparing him for his superspeedway debut.

Team owner Chad Bryant said he kept an eye on Hall during the two-day session and was impressed with his ability to get up to speed quickly.

“We had a lot going on during the test at Daytona, but you always keep an eye on the competition,” said Bryant. “Connor was very smooth and attentive during the test and when he approached us about the running the race, it made sense.

“He knows in order to have an opportunity to win, he has to be around for the finish. He’ll make a great teammate to our other car driven by Joe Graf Jr. and we look forward to a strong start to the 2019 ARCA season.”

Hall’s partners are equally enthused about being a part of Speedweeks 2019.

“Connor is a talented race car driver and we are looking forward to what the future will hold for Marlow Yachts and Connor Hall in the ARCA Racing Series as well as the higher levels in NASCAR.”

Healing Hands vice president Sid Lakhani offered, “Healing Hands is excited to get to work with Connor Hall during his ARCA Racing Series debut at Daytona International Speedway. “This is going to be our first race partnered with Connor and the Chad Bryant Racing team and we feel great about what our partnership with each of them will bring.

“We believe partnering with Connor will provide our company with a new great ambassador. We look forward to being in Daytona and following the green tree around the track!”

In addition to the ARCA opener, Hall will participate in the NASCAR K&N Pro Series East season-opener at New Smyrna (Fla.) Speedway on Feb. 10 aboard the No. 31 Chevrolet for Marsh Racing. The Virginian will make his fourth series’ start and look to better his seventh-place finish at Langley (Va.) Speedway last April.

For more on Connor Hall, please like him on Facebook(Connor Hall Racing) and follow him on Instagram(@connorhall77) andTwitter(@connor_hall77).