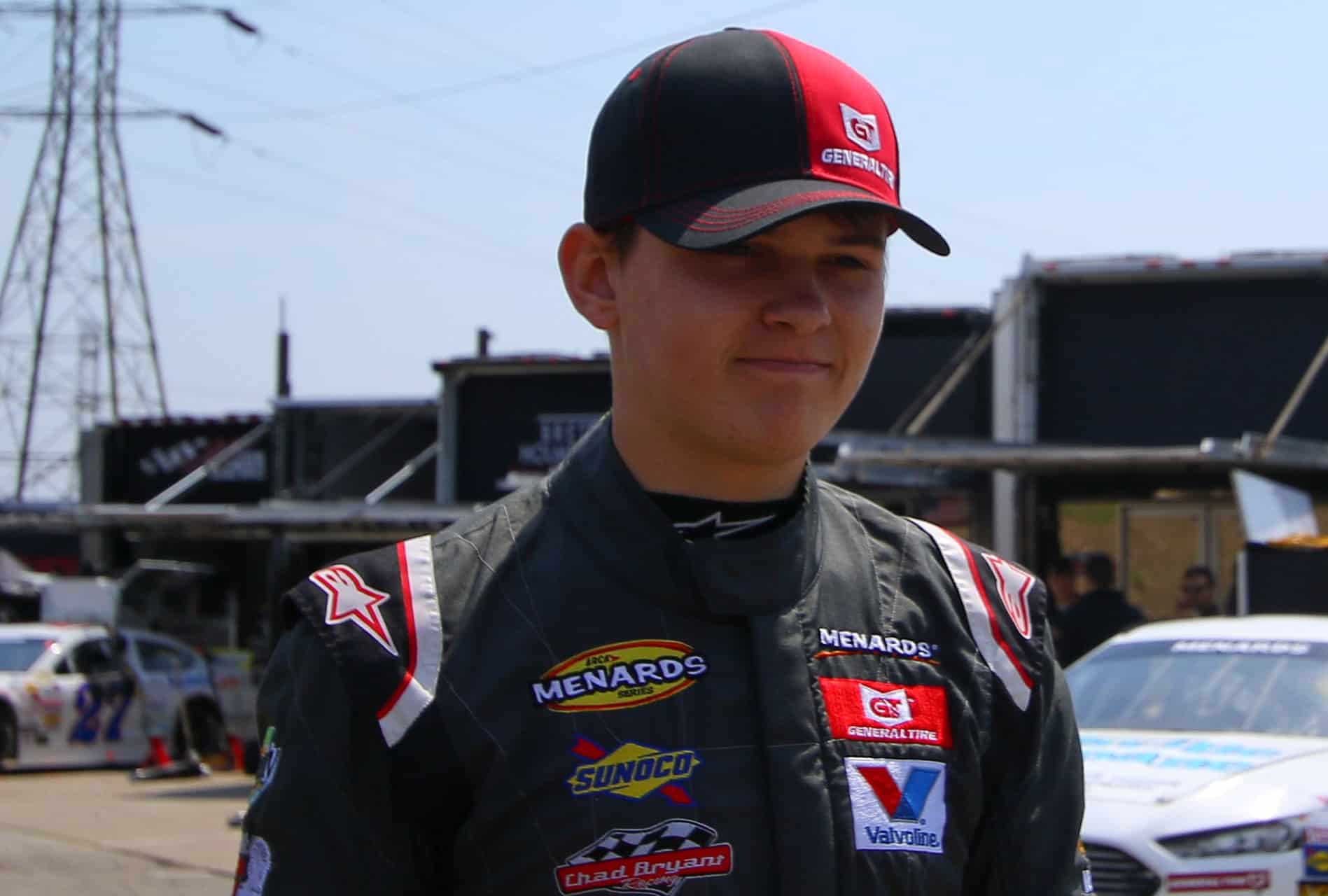 ELKO, Minn.: Back in the seat for Chad Bryant Racing (CBR) until October, Corey Heim saddles back in the No. 22 Speedway Children’s Charities Ford Fusion looking for his first ARCA Menards Series victory in Saturday night’s Menards 250 at Elko (Minn.) Speedway.

For Heim, he’s got big shoes to fill since the last time the No. 22 Chad Bryant Racing Ford Fusion was on track, Paul Andrews led Ty Majeski to his third ARCA win of the year.

Heim – who turned 17 last week though is ready for the challenge and carries momentum to Elko Speedway after earning a career-best fourth-place finish at World Wide Technology Raceway at Gateway last month.

“Going into Elko Speedway, I think the Chad Bryant Racing guys are going to bring me a great piece to work with,” said Heim. “At Gateway, we got our best finish of the season and I’m looking to best that once again. I know Elko is a very short race track and throttle control will play a big role in long-term tire wear.

“I’m looking forward to it though and I hope I can adapt to the race track quickly, especially having never been there before.”

Heim, a native of Marietta, Ga. knows he doesn’t have to turn far for advice to Elko’s tight quarters and short straightaways. Last July, his Chad Bryant Racing teammate Joe Graf Jr. nearly won his first ARCA Menards Series race in a thrilling ending – but with Graf Jr. having a good baseline on how to maneuver Elko, Heim will use his expertise if necessary.

“I’m very fortunate to have a lot of people around me who have plenty of experience around Elko,” Heim added.

“They are all veterans. Paul’s been here before so I know he can setup our car pretty good and then I can talk to Joe if I need help with my driving line and whatnot.

“Saturday will go by in a hurry – but I’m excited to see what another new track brings for me.”

With the Mooresville, N.C.-based team gunning for their fourth win of 2019, Heim says the pressure to win is not overwhelming. Being a rookie driver in a new national touring series, he’s focused on making the most of every opportunity – knowing eventually his chance to celebrate in ARCA Victory Lane will come.

“I don’t feel a whole of pressure,” Heim mentioned. “Just trying to learn and get better with each and every race. Our goal is set on a win from here on out. Whether that’s Elko or Salem in September.

A win though on Saturday night would be a great start to my second half of the season.”

“Elko will be our seventh race together – but like Corey said we are improving,” Andrews mentioned. “We had a fast car at Gateway and Corey did a great job start to finish adjusting to the biggest track he’s ever raced on.

“It’s going to be a competitive race on Saturday, but hopefully, we can put ourselves in a good position to put Chad Bryant Racing in Victory Lane for the fourth time.”

The Menards 250 (250 laps | 94 miles) is the 13th of 20 races on the 2019 ARCA Racing Series presented by Menards schedule. Practice begins Sat., July 13 with an hour and 25-minute practice session planned from 2:05 p.m. – 3:30 p.m. General Tire pole qualifying is set for later in the day at 5:15 p.m. The race is set to take the green flag shortly after 9:00 p.m. The event will be televised live on MAVTV. ARCARacing.com will also stream live timing and scoring throughout the day’s festivities. All times are local (Central).