Corey Heim confident ahead of superspeedway debut at Pocono Raceway 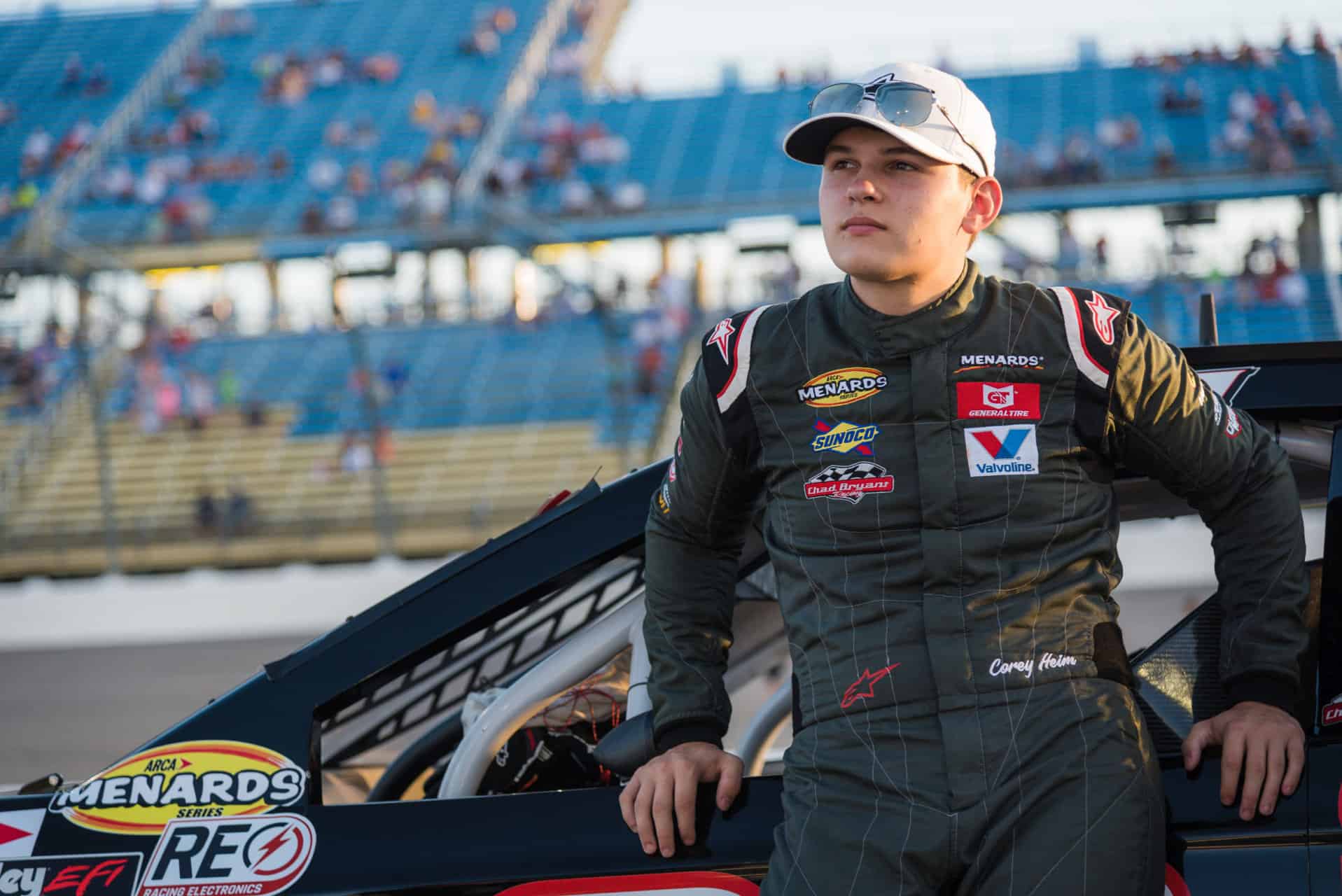 LONG POND, Pa: After a successful ARCA Menards Series test at Pocono (Pa.) Raceway in May, Corey Heim will have an opportunity to race at the “Tricky Triangle” in Friday afternoon’s FORTS USA 150.

Heim will drive the No. 22 Speedway Children’s Charities Ford Fusion for Chad Bryant Racing and looks to bookend the ARCA season at the 2.5-mile triangle with the team’s fourth win of 2019 after teammate Ty Majeski won at Pocono earlier this summer.

While Heim’s laps at Pocono were cut short due to inclement weather two months ago, the laps he did turn at the speedway that feels more like a road course was impressive. With the guidance of Majeski and CBR teammate Joe Graf Jr., the now 17-year-old was able to turn impressive laps inside the top-five.

With now bigger shoes to fill, Heim is ready to contend for his first ARCA Menards Series victory.

“Very excited about my speedway debut in ARCA,” said Heim who finished sixth in the series’ most recent race at Iowa Speedway. “I’m very fortunate that Chad Bryant Racing and my crew chief Paul (Andrews) continues to give me fast race cars and I know sooner or later – it will be time to shine in Victory Lane.”

With roughly five hours to get accustomed to Pocono’s Long Pond facility, Heim said he got up to speed quicker than he thought but realizes there’s still much to be learned at a monstrous race track.

“This is the biggest race track I’ve ever competed on in my racing career, so while that’s exciting, it can also be a little bit intimidating too. Luckily, I have a lot of good people around me that can help.

“It’s important to make sure we get our No. 22 Speedway Children’s Charities Ford Fusion dialed in during practice, qualify up front and then see what happens in 60 laps. It will be a quick race and I think strategy will be crucial for the winning move.

From testing at Daytona (Fla.) International Speedway in January to his impressive ARCA debut in March at Five Flags (Fla.) Speedway to his speedway debut at Pocono (Pa.) Raceway this weekend, Heim continues to dazzle the headlines but there’s still work to be done before his curtain is drawn in late September.

“I’ll be in the No. 22 car regularly until the end of the season, and I’m excited for the remaining schedule. Racing back-to-back in the ARCA car will help me a lot because I can stay sharp every weekend.

“With this stretch of races, I’d really like to win a race at some point. This Chad Bryant Racing team has given me great cars and great opportunities to win races, but the win just hasn’t come yet.

“I’m working harder than ever to change that this weekend at Pocono – but more importantly trying to get these guys an owners’ championship.”

“Corey tested with us back in May in a backup car and was faster than Ty (Majeski), so we feel good about going back,” offered Andrews. “Pocono is a 2.5-mile short track with long straightaways. You have to handle good in the corners to get the power down on the straightaway.

“We’ll do what we can to give Corey a competitive car for the race and see if we can’t put this No. 22 Chad Bryant Racing Ford Fusion back in the winners circle to sweep Pocono Raceway this season.”

The FORTS USA 150 (60 laps | 150 miles) is the 15th of 20 races on the 2019 ARCA Racing Series presented by Menards schedule. Practice begins Fri., July 26 with an hour and 25-minute practice session planned from 9:00 a.m. – 10:25 a.m. General Tire pole qualifying is set for later in the day at 1:35 p.m. The race is set to take the green flag shortly after 4:00 p.m. The event will be televised live on FOX Sports 1 (FS1). ARCARacing.com will also stream live timing and scoring throughout the day’s festivities. All times are local (Eastern).