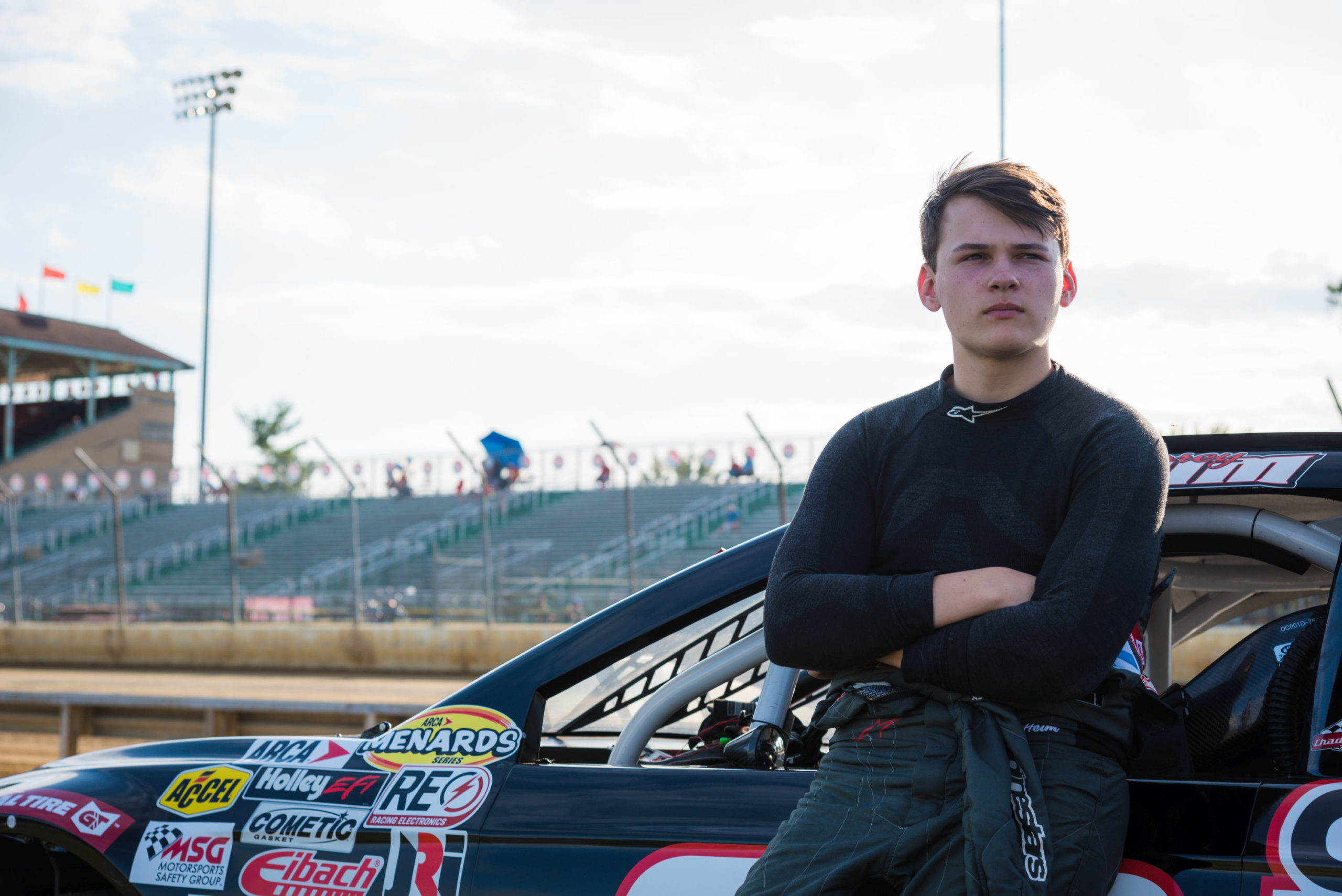 SALEM, Ind: On the strength of his career-best ARCA Menards Series finish on Aug. 31st at the legendary DuQuoin (Ill.) State Fairgrounds, Chad Bryant Racing (CBR) rookie Corey Heim hopes the transition from dirt to asphalt racing is one of the defining factors that propels him to Victory Lane in Saturday night’s Kentuckiana Ford Dealers ARCA Fall Classic at the historic Salem (Ind.) Speedway.

Finishing third in the series’ most recent race, his eighth consecutive top-10 finish in a row aboard the No. 22 Speedway Children’s Charities Ford Fusion, Heim is also hoping returning to a race track where he has experience in an ARCA car will be the winning ticket that finally propels him to the winner’s circle in his penultimate ARCA race of the season.

“I feel good about going to Salem Speedway,” said Heim. “The is the first time I get to use prior knowledge of an ARCA track to improve on it, so that should help me out a lot this weekend. I feel like our No. 22 Chad Bryant Racing team is carrying a lot of momentum, we just need to execute on Saturday and win the race.”

To give Heim an opportunity to get ahead of his second ARCA start at the 0.5-mile Southern Indiana short track, the 17-year-old recently tested at Salem where the team led by veteran crew chief Paul Andrews spent the day methodically working on race setups, including both short and long run sprints.

“We tested this past Friday and I think we made some improvements that will make us even better for the race,” added Heim. “I think a win is possible at Salem if we can get our No. 22 Speedway Children’s Charities Ford Fusion dialed in for the long runs.

“Salem is such an awesome race track and I know we can compete; we just need some good breaks and a good car to end up in Victory Lane.”

Salem Speedway also marks the 12th career ARCA Menards Series race of the year for Heim. The Marietta, Ga. native will have just one more race on deck with CBR at Lucas Oil Raceway Park on Oct. 5.

“It’s been a pretty good season,” sounded Heim. “I’ve put pressure on myself to perform, because I expect to win. I have a lot of people that support me, and I know winning is a way of showing my gratitude for everyone’s hard work.

“I’ve had a lot of fun racing for Chad Bryant Racing this season and have learned so much in such a short amount of time. Paul’s leadership is tremendous and the constant contact from Chad (Bryant, car owner) and the rest of the team has helped make my rookie season one to remember.

“I want to win on Saturday night, I think we’ve proven we’re capable of winning, just need everything to go our way. If for some reason we can’t win on Saturday, I’ve got one more chance at Lucas Oil Raceway next month, where there’s nothing else that matters to me except winning.”

“We tested last week at Salem because we needed to be a little better than our first race in the spring,” offered Andrews. “Our test was good but still have some work to do. We have a good plan to go back with and Corey has done a great job behind the wheel this season.

“Hopefully, we can have a good night and get our No. 22 Speedway Children’s Charities Ford Fusion in Victory Lane!”

The Southern Illinois 100 (100 laps | 100 miles) is the 17th of 20 races on the 2019 ARCA Racing Series presented by Menards schedule. Practice begins Sat. Aug. 31 with an hour practice session planned from 2:30 p.m. – 3:30 p.m. General Tire pole qualifying is set for shortly thereafter at 5:30 p.m. The race is set to take the green flag shortly after 8:00 p.m. The event will be televised live on MAVTV. ARCARacing.com will also stream live timing and scoring throughout the day’s festivities. All times are local (Central).