Corey Heim ready for dirt redemption on the DuQuoin dirt 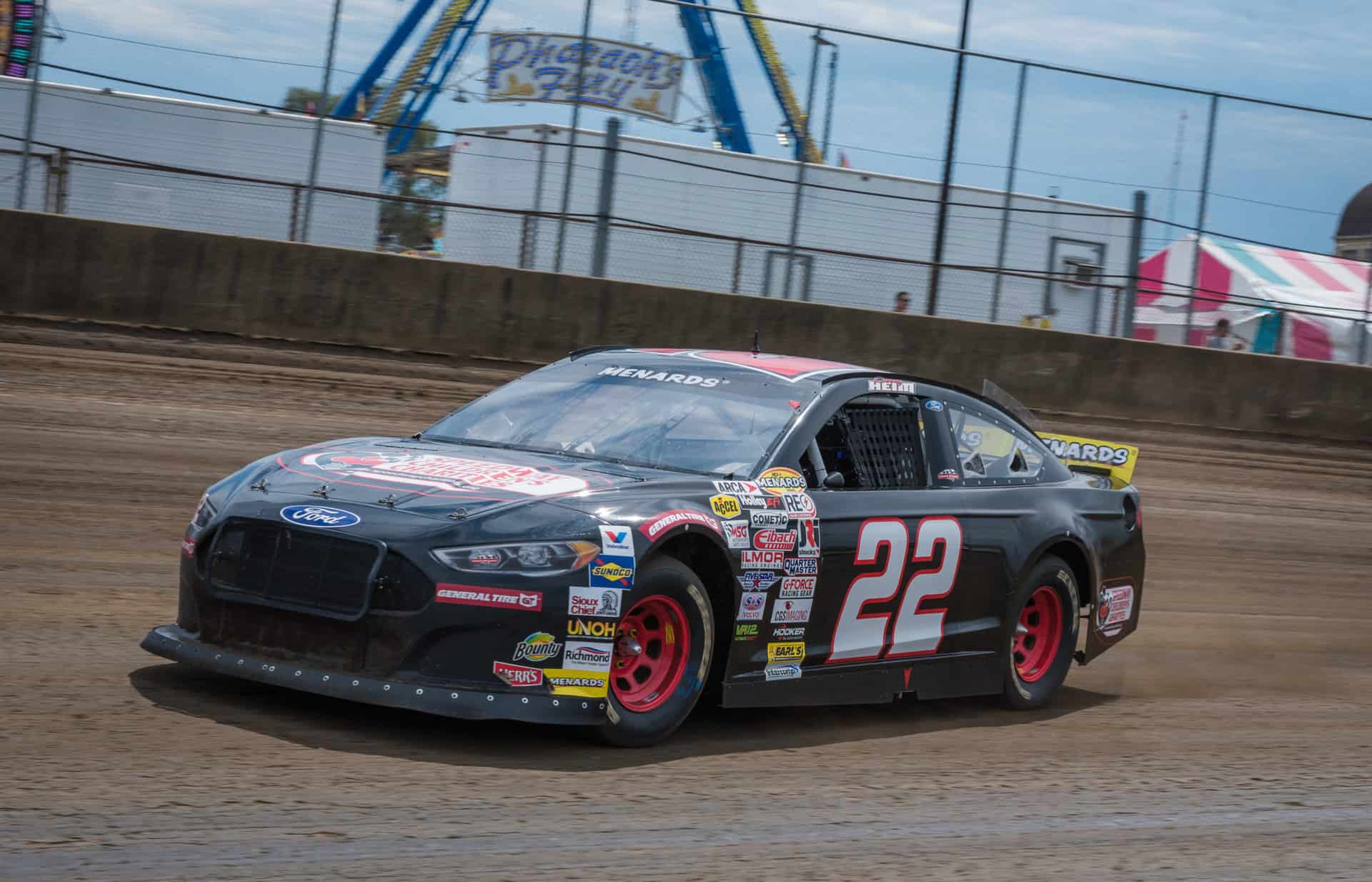 DUQUOIN, Ill.: After an impressive performance in his debut on the dirt in the ARCA Menards Series earlier this month at the famed Illinois State Fairgrounds, an intense restart saw Corey Heim’s potentially first career ARCA win sputter from second to seventh when the checkered flag waved.

Having the opportunity to dissect the Allen Crowe 100, Heim has dusted off the dirt and is refocused for Saturday night’s Southern Illinois 100 at the historic DuQuoin (Ill.) State Fairgrounds.

“We were so close,” said Heim. “I know things got very interesting and bumpers were used late at Springfield and I’m sure if roles were reversed, I would have done the same thing – but our finish wasn’t any indication of our performance throughout the race and that’s frustrating for me as a driver – because I don’t settle for anything less than perfection.

“At Springfield, we were almost perfect. “He (Michael Self) was down on the inside and he pushed me up the track and used me up. I got up into the loose dirt and gave up a lot of spots. It’s disappointing to go from second to seventh but that’s part of racing for the win.”

Heim isn’t having to do much to prepare for his 11th career ARCA start and second on the dirt, other than learning from the closing laps of Springfield and hoping to lead more than a season-high 11 laps two weeks ago.

“I’m pumped to get back to the race track, dirt or not,” added Heim. “I don’t have a lot of ARCA Menards Series starts left this season, so it’s important for me to make most of these last couple starts at DuQuoin, Salem and Lucas Oil.

“We’re bringing the same car we ran at Springfield and I hope that will play into our hands since I’m familiar with the car and how it felt on the dirt. Having the opportunity to race at night compared to the day will certainly present its potential challenges, but I don’t think its anything that myself and my crew chief Paul Andrews can’t overcome.

Heim’s limited ARCA stint with the Mooresville, N.C.-based team has been impressive. Having never seen much of the tracks he’s visited this season; the teenager has shined. In 10 starts, Heim has delivered five top-five and nine top-10s finishes, including a career-best fourth twice at World Wide Technology Raceway at Gateway and the 2.5-mile speedway of Pocono (Pa.) Raceway.

“Chad (Bryant) and Paul (Andrews) have made sure that we’re going to the track fully prepared to win. I’ve had great race cars all year long. I’ve made some mistakes, but I’ve learned for them and I feel that has made me a better job in the second half of the season and I think that’s shown with our on-track performances.

“Hopefully we can go to DuQuoin and win. My 2019 in the ARCA series certainly hasn’t given me any breaks, so I’m hoping we leave with a finish that my team and I deserve. If not, I’ll try again at Salem and then at Lucas Oil. I can’t believe how fast the year has gone, but it’s not over yet.”

Our performance at Springfield was great, end result was disappointing but that’s racing, now it’s time to move on to DuQuoin with a lot of momentum,” offered Andrews.

“Now that Corey’s has dirt experience and knows a little of what to expect we should be better yet. Everyone at Chad Bryant Racing loves DuQuoin and have come close to victory several times, hopefully, we can do it with Corey on Saturday night!”

The Southern Illinois 100 (100 laps | 100 miles) is the 17th of 20 races on the 2019 ARCA Racing Series presented by Menards schedule. Practice begins Sat. Aug. 31 with an hour practice session planned from 2:30 p.m. – 3:30 p.m. General Tire pole qualifying is set for shortly thereafter at 5:30 p.m. The race is set to take the green flag shortly after 8:00 p.m. The event will be televised live on MAVTV. ARCARacing.com will also stream live timing and scoring throughout the day’s festivities. All times are local (Central).