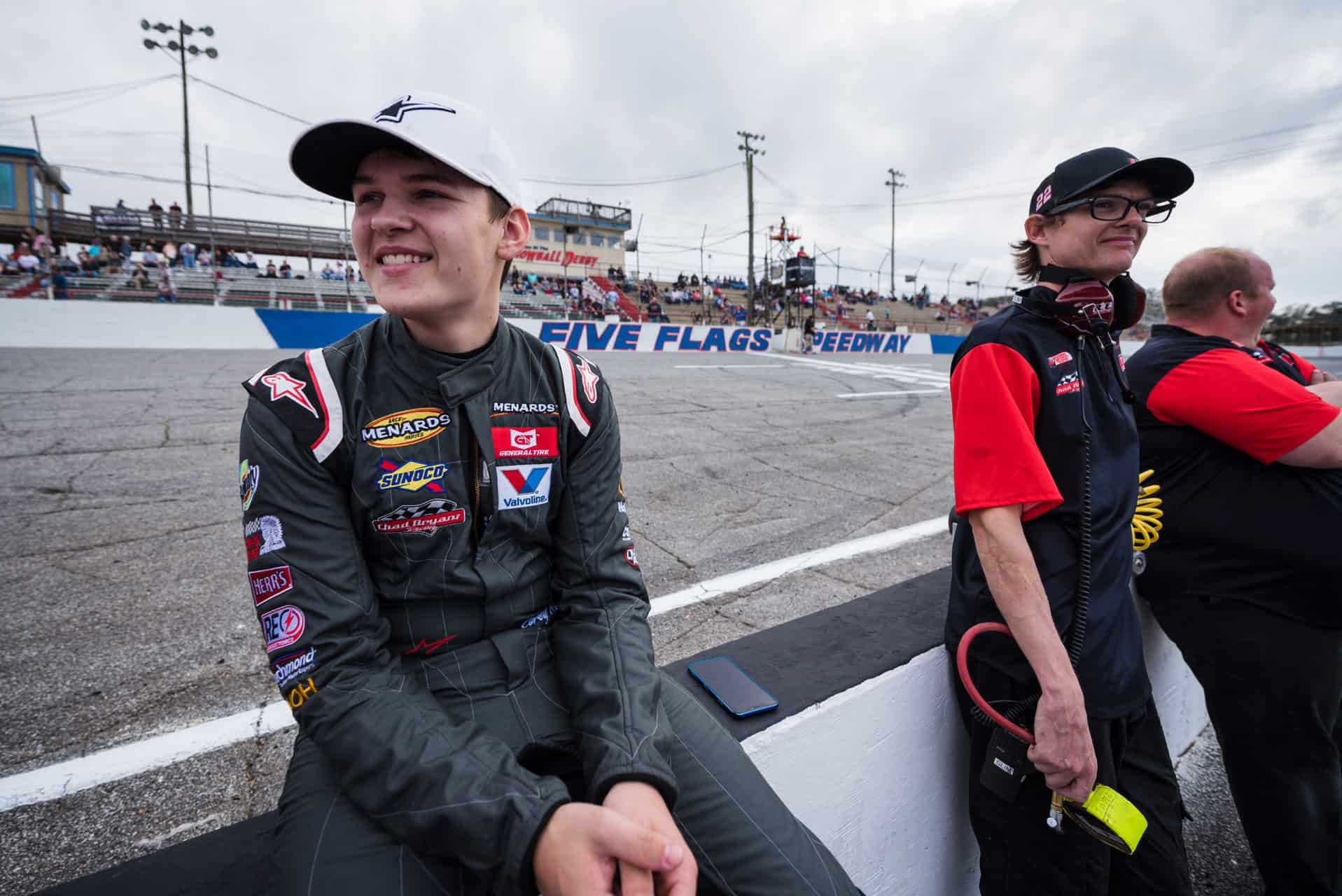 Splitting the No. 22 Ford Fusion with Ford Performance driver Ty Majeski, in the last three ARCA races, Majeski has won twice at Charlotte (N.C.) Motor Speedway and Pocono (Pa.) Raceway and finished second last Friday afternoon at Michigan International Speedway after running out of fuel on the last lap of the VizCom 200.

With teenage phenom Heim back behind the wheel, Heim is eager to saddle inside his No. 22 Speedway Children’s Charities Ford Fusion and continue to tally the strong results the Mooresville, N.C.-based team has endured the past three weeks.

“Going into Madison, there is definitely a sense of urgency for me to show some good results in the ARCA Menards Series,” said Heim. “I’m far from satisfied on my results in my four starts this season and I feel like I need to show that I’m better than what I’ve shown.”

While some may be satisfied with Heim’s two top-fives and three top-10s and finishing no worse than 11th in his rookie season of ARCA competition, the Marietta, Ga. native sees his Madison debut as the perfect opportunity to propel Chad Bryant Racing into Victory Lane for the third time in the last four races.

“Madison is a great place to turn my season around, considering I’ll have some friends and family there as well,” Heim added. “I’ve done a lot of studying on that race track, and it’s definitely going to be a huge challenge for me. It’s a one day show and I didn’t get any practice or testing on that track, so I need to be on my game all day long.”

Despite his apprehension of the limited track time, 17-year-old Heim believes working with crew chief Paul Andrews, they’ll be able to find the perfect balance for their race to better his 7.8 average finish in his fifth race of 2019.

“I’m very excited to be back with group,” explained Heim. “They’ve had a great month or so and its’ a lot of pressure for me to get back in the seat and keep their momentum alive – but I’m ready for the challenge and ready to help them fight for the owner’s championship.”

“Madison will be our fifth race together, but we are determined to keep improving,” said Andrews. “Corey has shown a lot of speed at all the race tracks this season; we just need a little luck on our side to recover from our most recent race at Toledo Speedway.

“Even though Corey has not been to Madison, I think he’ll adapt quickly, and we can find ourselves in the hunt for another win for our No. 22 team this season.”

The Shore Lunch 200 (200 laps | 100 miles) is the 10th of 20 races on the 2019 ARCA Racing Series presented by Menards schedule. Practice begins Fri., June 14 with an hour and a 45-minute practice session from 1:30 p.m. – 3:00 p.m. General Tire pole qualifying is set for later in the day at 5:00 p.m. The race is set to take the green flag later in the day shortly after 8:00 p.m. The event will be televised live on MAVTV. ARCARacing.com will also stream live timing and scoring throughout the day’s festivities. All times are local (Central).