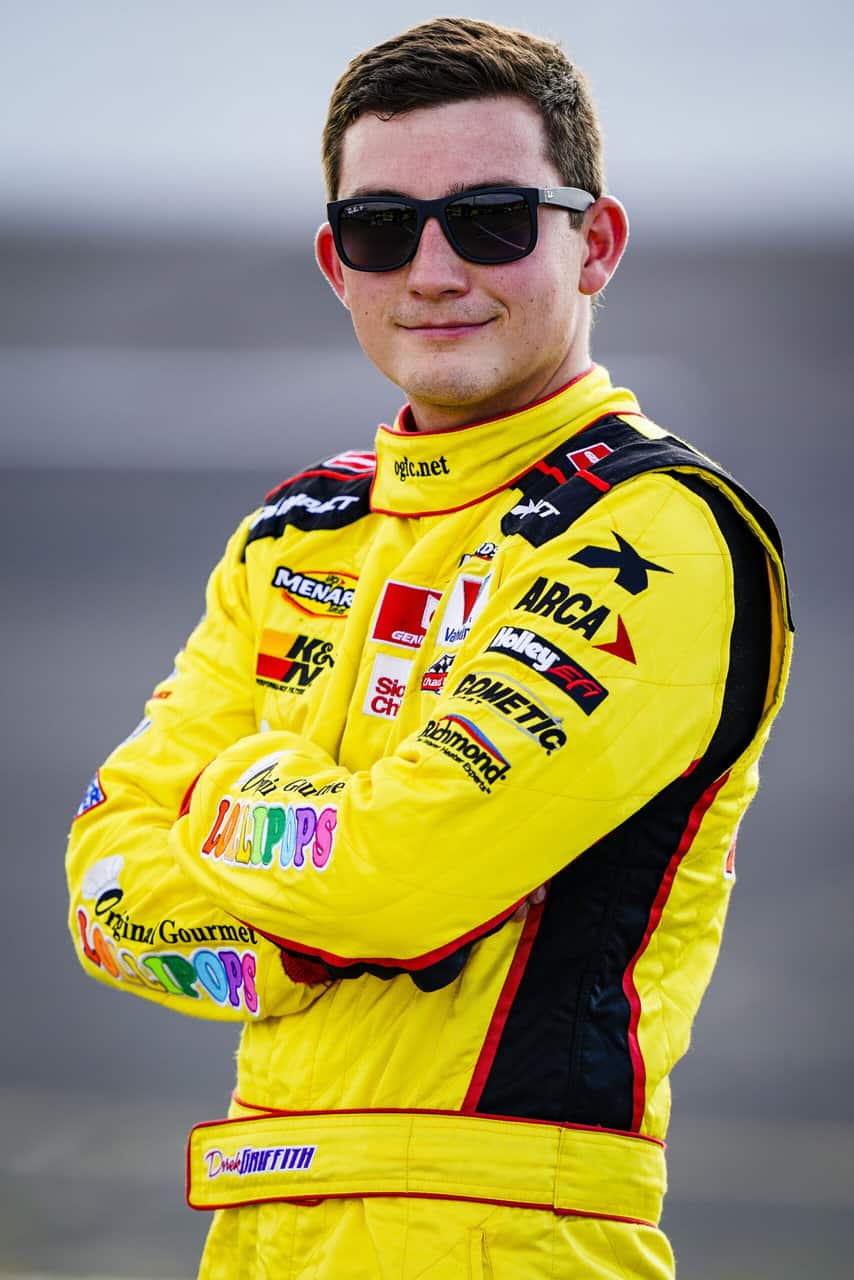 Griffith will make another debut at a track that he’s never competed at, but thankfully, the 23-year-old has plenty of experience surrounding him for his intermediate debut at the 1.5-mile speedway, but the New Hudson, N.H. native has the motivation to earn his first career ARCA Menards Series victory.

“Excited to hit the track again in our No. 22 Original Gourmet™ Food Company Ford Fusion,” said Griffith. “Kentucky Speedway looks like an extremely fast and fun racetrack. Hopefully, we can keep our car balanced and be near the front when it counts the most.”

While the schedule is relatively quick, the on-track time is something for a rookie driver like Griffith craves. However, he is making the most of the scenario and has spent the week studying – whether it is reviewing previous races, studying pictures or picking up the telephone and communicating.

All things considered, Griffith is ready for the 100-lap challenge.

“I’ve been watching a lot of videos and doing a lot of studying to get ready for the race,” added Griffith. “That’s all important but nothing accounts for actual track time. Practice is going to be about getting me comfortable and getting our No. 22 Original Gourmet™ Food Company Ford Fusion handling well and then turn all of our focus to the race.”

In his two previous ARCA races this season, Griffith delivered a career-best eighth place in his series’ debut at Pocono (Pa.) Raceway last month and contended for a top-five at Lucas Oil Raceway on July 3., but power steering gremlins shuffled the team to a 12th place finish at the checkered flag.

Looking ahead to ARCA’s return to Kentucky for the first time since 2017, Griffith believes his Chad Bryant Racing team can contend for the victory.

“Chad Bryant Racing knows how to master Kentucky, so I’ve got a lot of learning to do,” added Griffith. “Luckily, Chad (Bryant), Paul (Andrews) and the rest of the team are very patient and we know that if things go the way they should – and we have a little luck on our side, we could sneak our first win of the season.”

Saturday’s race will mark the third race with Original Gourmet™ Food Company as the primary partner of Griffith’s No. 22 Ford Fusion.

Team owner Chad Bryant says Griffith is doing everything he needs to do behind the wheel and hopes to continue to showcase his ability in his mile-and-a-half debut this weekend.

“Derek has done a great job in the No. 22 Original Gourmet™ Food Company Ford Fusion,” offered Bryant. “Last weekend, we were biding our time but felt like we had a car capable of winning but didn’t have the track position and later got hit with power steering issues that stalled our finish.

“But these Chad Bryant Racing boys are ready to go and we think with Derek’s smart racer instincts we can contend for a win at Kentucky on Saturday afternoon.”

The General Tire 150 (100 laps | 150 miles) is the sixth of 20 races on the 2020 ARCA Menards Series schedule. Practice begins Sat., Jul. 11 with a forty-five-practice session from 12:00 p.m. – 1:00 p.m. The race is set to take the green flag shortly after 2:30 p.m. The event will be televised live on FOX Sports 1 (FS1), while ARCARacing.com will stream live timing and scoring throughout the entire weekend festivities. All times are local (Eastern)