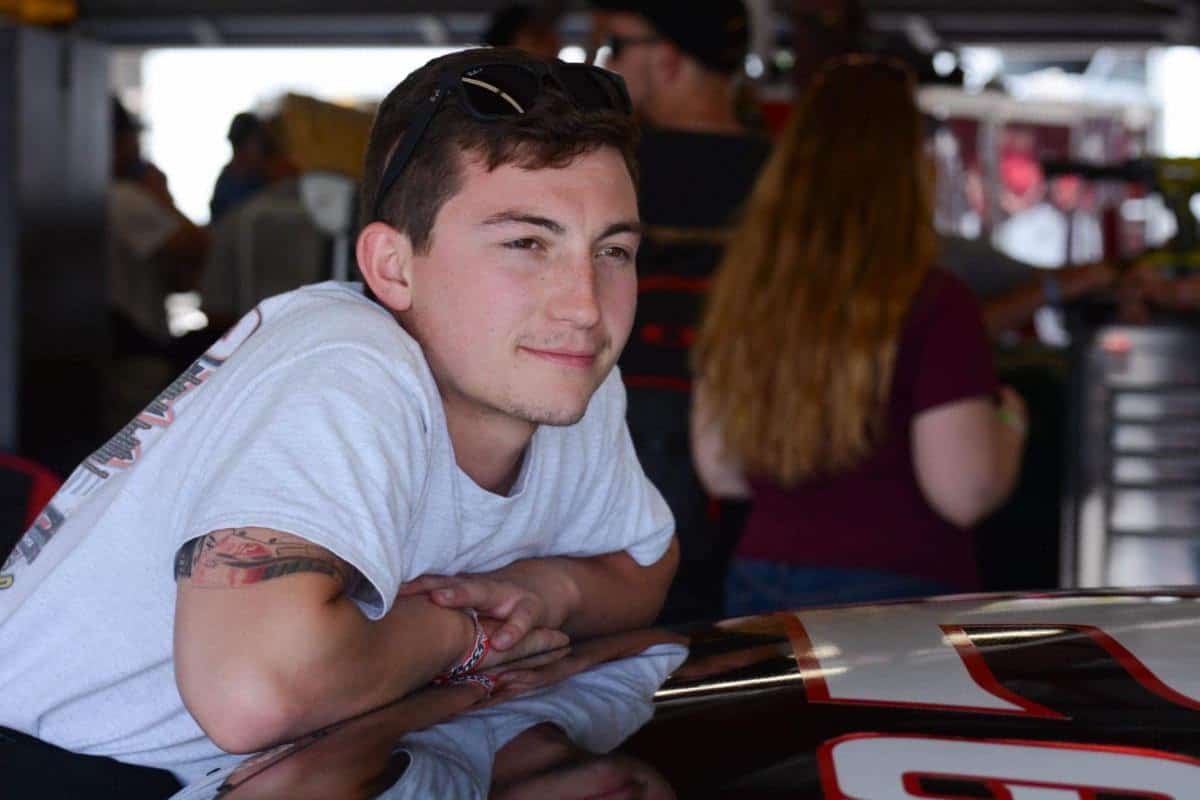 Griffith who celebrated his 23rd birthday on Sunday, Feb. 9 will drive the team’s No. 2 Chad Bryant Racing Driver Development Ford Fusion in the 175-lap contest.

The talented Late Model ace from the Northeast carries’ momentum from the first couple of nights of the World Series of Asphalt competition which saw Griffith maneuver back-to-back second-place finishes on Friday and Saturday night respectively.

After a Sunday afternoon of testing with the Chad Bryant Racing (CBR) team alongside former NASCAR Cup Series championship crew chief Paul Andrews – Griffith is ready to strap in and showcase not only his potential – but continue to demonstrate the strength of his Chad Bryant Racing team.

“I’m very excited to be racing with Chad Bryant Racing in my ARCA Menards Series East debut,” said Griffith, a two-time finalist in the Kulwicki Driver Development program. “It was a last-minute deal that I am very happy to be a part of.

“I have waited a long time for a shot at driving a top-tier ‘NASCAR Series’ car and to get a shot with arguably one of the best teams in ARCA has me and my whole crew excited. We have been coming to Speedweeks since 2013 and I have cut my teeth at New Smyrna Speedway.

“My rookie start here has me pretty comfortable and eager to learn.”

Concentrating on both short run and long run speeds during the open ARCA Menards Series test on Sunday, Griffith, a native of Hudson, New Hampshire says he felt comfortable behind the wheel of his No. 2 Ford Fusion and is ready to contend for the win in his series’ debut.

“I think the seat time and learning on what these guys do to the cars was crucial,” added Griffith. “These guys worked extremely hard and gave me a great piece to work with. I’m very happy with the consistency of the car and look forward to a productive race on Monday night.”

“We’ve been keeping our eye on Derek for a while now and I’m glad we were able to put something together for New Smyrna even if it was last minute. He is incredibly smooth behind the wheel and isn’t afraid to lay it all on the line. That’s the kind of passion and determination I love in a driver.

“We had fast cars at Daytona during the ARCA Menards Series opener on Saturday – but were just at the wrong place at the wrong time. Hopefully, Monday night we’ll have a shot at finishing what we started at Daytona – getting ourselves into Victory Lane!”
For more on Derek Griffith, please visit derekgriffith.com, like him on Facebook (Derek Griffith Motorsports) and follow him on Twitter (@DerekGriffith12).