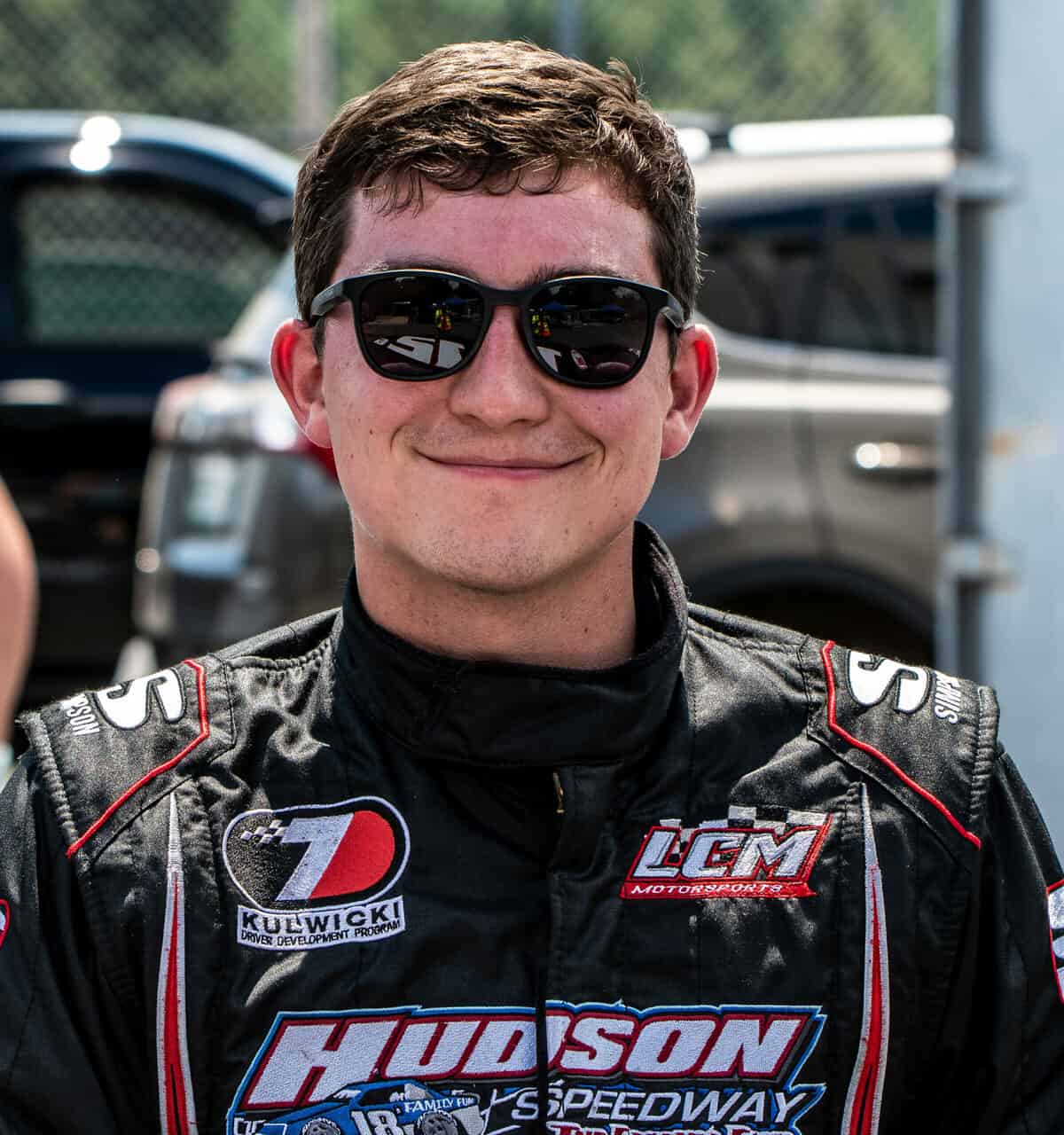 LONG POND, Pa.: Derek Griffith’s 2020 season may have been reshuffled because of the coronavirus pandemic, but Friday afternoon’s General Tire #ANYWHEREISPOSSIBLE 200 at Pocono (Pa.) Raceway is a prime opportunity for the Chad Bryant Racing development driver.

Chad Bryant Racing is the defending winner of the 80-lap race and although the 23-year-old Griffith has never been to the tough and treacherous 2.5-mile triangle, the Hudson, N.H. native has developed a reputation for conquering challenges in spectacular fashion.

His ARCA Menards Series debut may be his biggest challenge yet.

“I’m excited to get to Pocono on Friday,” said Griffith. “It’s going to be a big challenge as it will be the largest track that I’ve ever competed on, but I feel like I’m heading there with one of the best teams in the garage.

“It’s going to take a few laps to get comfortable, but I think with some confidence in myself and the leadership of the Chad (Bryant) and Paul (Andrews, crew chief) we can turn some heads.”

Traditionally before the June ARCA race, the series’ host an open-test session allowing rookie drivers the prime opportunity to get comfortable with the “Tricky Triangle,” but with COVID-19 changing the protocols of the season, Griffith will have just one hour to find his comfort zone – just hours before the race.

“I’ve been doing all I can to get ready for Pocono,” added Griffith. “Reviewing notes, talking to people, watching old races, you name it, I’ve been all over it. It’s important for us to have a good outing in our first race with Original Gourmet™ Food Company, so we’ll take the hour practice session and hope it gives us a good direction for the race.”

Friday will also mark the debut of Original Gourmet™ Food Company as the primary partner of Griffith’s No. 22 Ford Fusion.

“I am so blessed for this opportunity to represent Original Gourmet™ Food Company and compete in the ARCA Menards Series,” added Griffith. “This is a great chance to bring a new partner into the sport and bring a product that race fans can enjoy while watching our Chad Bryant Racing compete for race wins.”

Team owner Chad Bryant says he is ecstatic to have Griffith onboard for Pocono and thinks he will impress many in the fourth race of the season.

“Derek impressed a lot of people at New Smyrna and he’ll only continue to turn heads in the ARCA Menards Series,” offered Bryant. “He is extremely talented, and I think he’ll be able to showcase that whether it’s on a short track or a big track.

“We’re going to win some races before the end of the 2020 season, I promise ya.”

The General Tire #ANYWHEREISPOSSIBLE 200 (80 laps | 200 miles) is the fourth of 20 races on the 2020 ARCA Menards Series schedule. Practice begins Fri., June 26 with an hour session from 3:30 p.m. – 4:30 p.m. The race is set to take the green flag shortly after 1:00 p.m. The event will be televised live on FOX Sports 1 (FS1), while ARCARacing.com will stream live timing and scoring throughout the entire weekend festivities. All times are local (Eastern).