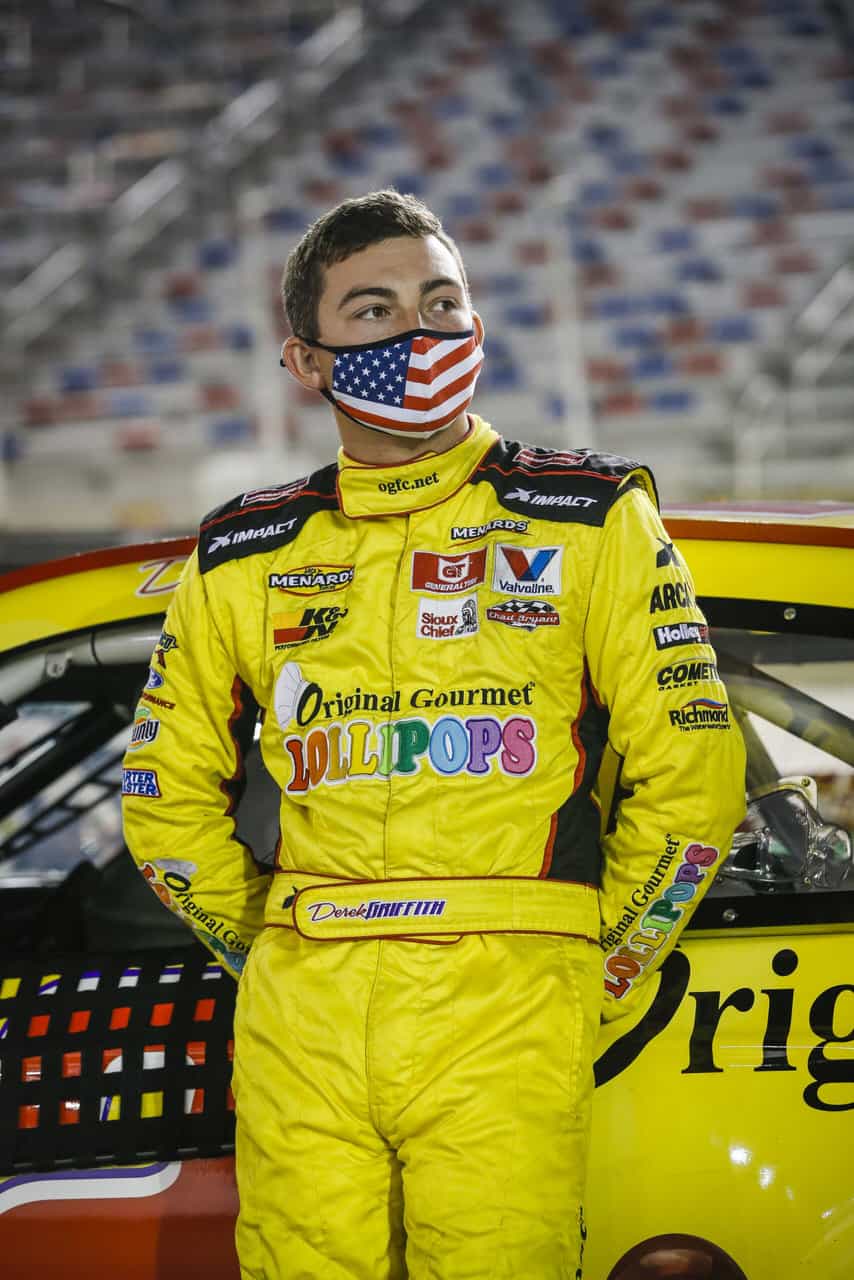 Returning to the ARCA Menards Series East scene for the first time since competing at New Smyrna (Fla.) Speedway in February, Griffith and the CBR team led by crew chief Paul Andrews are looking to finish what they started.

Griffith had a dominating performance at New Smyrna, but a late-race setback on pit road changed the complexion of the race and Griffith ran out of laps to get back to the lead before the checkered flag waved.

While Griffith eventually settled for second at New Smyrna, Five Flags is a second chance and an opportunity to capture the win.

“I’m pumped about Five Flags this weekend,” said Griffith. “It is such an amazing track. We have been there for the Snowball Derby a couple of times and I feel like my prior experience will pay off.”

Knowing that he has experience at Five Flags Speedway in a Super Late Model, Griffith is hoping to capitalize on the track time and use it to his advantage in the ARCA Menards Series East finale.

“I’d love to close out the year with some good runs,” added Griffith who will also compete in the ARCA Menards Series finale at Kansas Speedway next weekend. “It’s been such a huge honor and a blessing to be able to drive for Chad Bryant Racing. We’ve been able to have a lot of success together, but we haven’t been able to get into Victory Lane, yet.

“I think this weekend is our best chance to make that happen. I know what it takes to be fast at Five Flags and even though the competition is going to be pretty stout, I feel like the communication between myself and my crew chief Paul (Andrews) is really strong. We just have to keep our No. 22 Original Gourmet™ Lollipops Ford near the front and then just see what happens.”

“Halloween is coming up later this month and the Original Gourmet™ Lollipops make an excellent treat – just saying,” Griffith said with a smile.

Team owner Chad Bryant is looking forward to having Griffith back on the ARCA Menards Series East scene this weekend.

“We’re going to Five Flags Speedway with some unfinished business in the ARCA Menards Series East,” offered Bryant. “All season long I’ve been super impressed with Derek and he I know he will continue to showcase that this weekend.

“Hopefully, the weather holds out and we can have a successful weekend.”

The Pensacola 200 presented by Inspectra Thermal Solutions (200 laps | 100 miles) is the eighth of eight races on the 2020 ARCA Menards Series East schedule. Practice begins Sat., Oct. 10, 2020 with a forty-five-minute practice session from 2:15 p.m. – 3:00 p.m., with qualifying set for 5:00 p.m. The race is set to take the green flag shortly after 7:00 p.m., televised live on TrackPass on NBC Sports Gold, while ARCARacing.com will stream live timing and scoring throughout the entire day’s festivities. All times are local (Central).