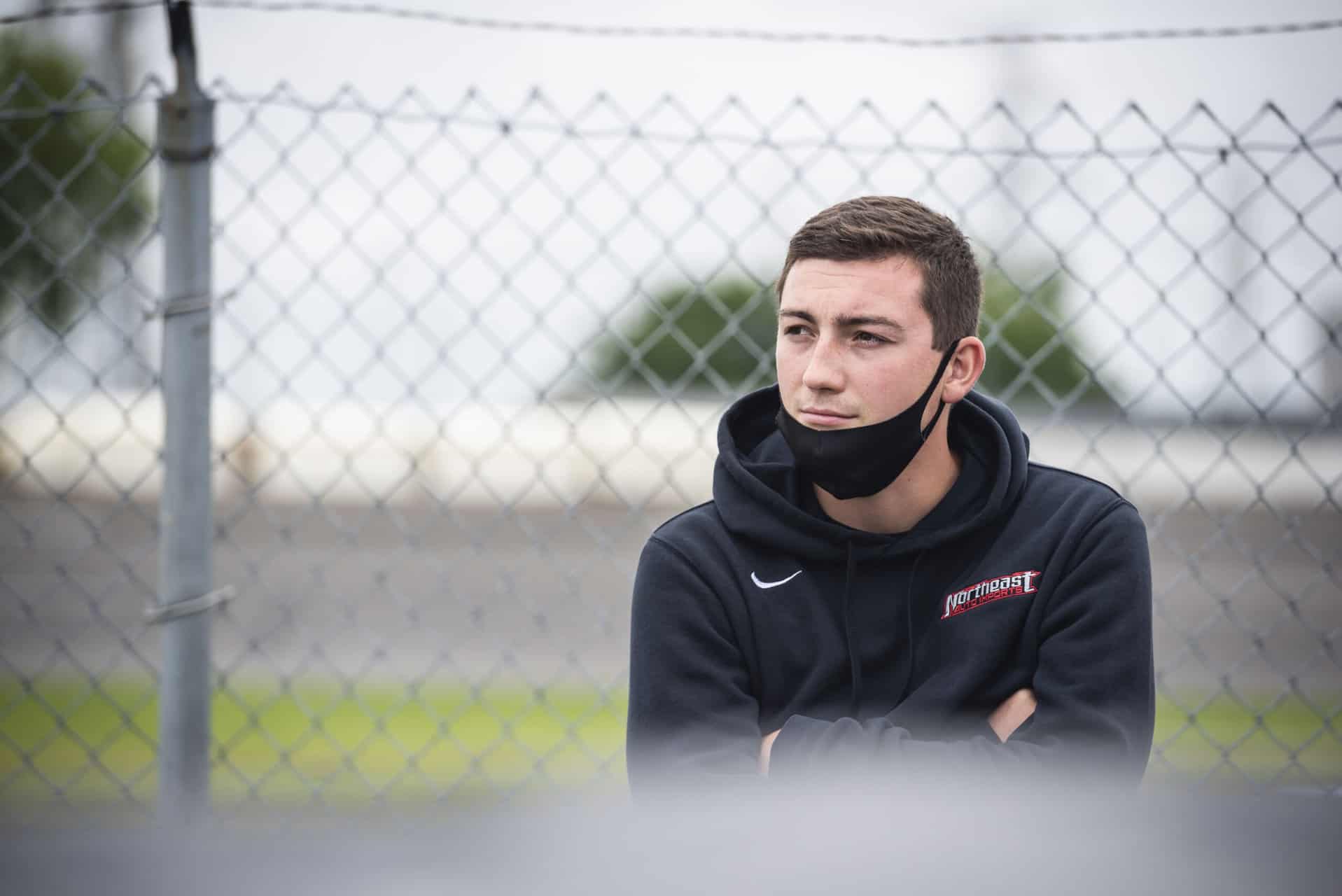 BRISTOL, Tenn: Competing in his first ARCA Menards Series race in nearly seven weeks, newcomer Derek Griffith heads to Bristol (Tenn.) Motor Speedway for Thursday night’s Bush’s Beans 200 hoping to pick up right where he left off in his most recent at Toledo Speedway at the beginning of August.

Adding the doubleheader at the legendary half-mile track of Toledo Speedway, Griffith was able to capitalize on back-to-back days of racing which yielded his career-best performance of fifth in the Menards 200 presented by Crosley Brands.

With some fire under his belt with a string of four straight top-10 finishes dating back to Kentucky Speedway in July, Griffith is looking forward to invading Bristol and knocking off one of his bucket list items while searching for his first career ARCA Menards Series victory.

“I am super excited for Bristol Motor Speedway this week,” said Griffith. “First time there, but definitely a bucket list deal. I feel like I have a ton of momentum right now and hope we can capitalize on it Thursday night.”

Much like Griffith has had to embrace this season in ARCA competition because of COVID-19 protocols, track time will be limited which may seem like a downfall for Griffith – but knowing he’s largely touted as one of the finest short track racers in the country, he’s hoping to step up to the plate and deliver.

“I’d love to have a full practice and even some qualifying, but that’s just not in the cards for ARCA right now,” added Griffith. “It’s unfortunate yes, but I think I’ve proven to be a pretty fast learner this year and Bristol will be no different.

“Thankfully, I am surrounded by people who have plenty of knowledge and success at Bristol in the past, so my worry level isn’t very high at all.”

With the added mix of the ARCA Menards Series East at Bristol this week, there is no doubt that it will likely be the most stacked field of the 2020 season, but Griffith is primed and ready.

“I believe the competition is tough everywhere we go, no matter how many cars are racing,” Griffith explained. “I think we just go into the race with a level head, race hard and see how we come out.”

The ARCA Menards Series is eyeing its stretch drive for the final races of the season and while Griffith will be apart of at least two of those events at Bristol and the season-finale at Kansas Speedway, he does have goals he wants to carry out before the checkered flag waves.

“I am happy with what we’ve accomplished this season,” sounded Griffith. “I’d really like to get a real solid run at one of these bigger tracks, a top-three, ideally a win. That would be awesome.”

Between Toledo and Bristol, Griffith has been staying busy between operating his business and racing Late Models which included two wins at Claremont Motorsports Park and Lee USA Speedway in New Hampshire respectively.

This week marks the seventh event with Original Gourmet™ Food Company as the primary partner of Griffith’s No. 22 Ford Fusion.

Team owner Chad Bryant is looking forward to having Griffith back behind the wheel this week and tackling Thunder Valley.

“We expect to be fast this weekend and contending for the win,” offered Bryant. “All season long I’ve been super impressed with Derek, but heading to Bristol, he’s in a good place and I think he’ll find that Bristol is a place that fits his niche.

“Looking forward to seeing what we and bother our Chad Bryant Racing cars can do on Thursday night.”

In addition to Griffith, Kris Wright will drive a second-Chad Bryant Racing car in Thursday night’s race aboard the No. 12 vehicle.