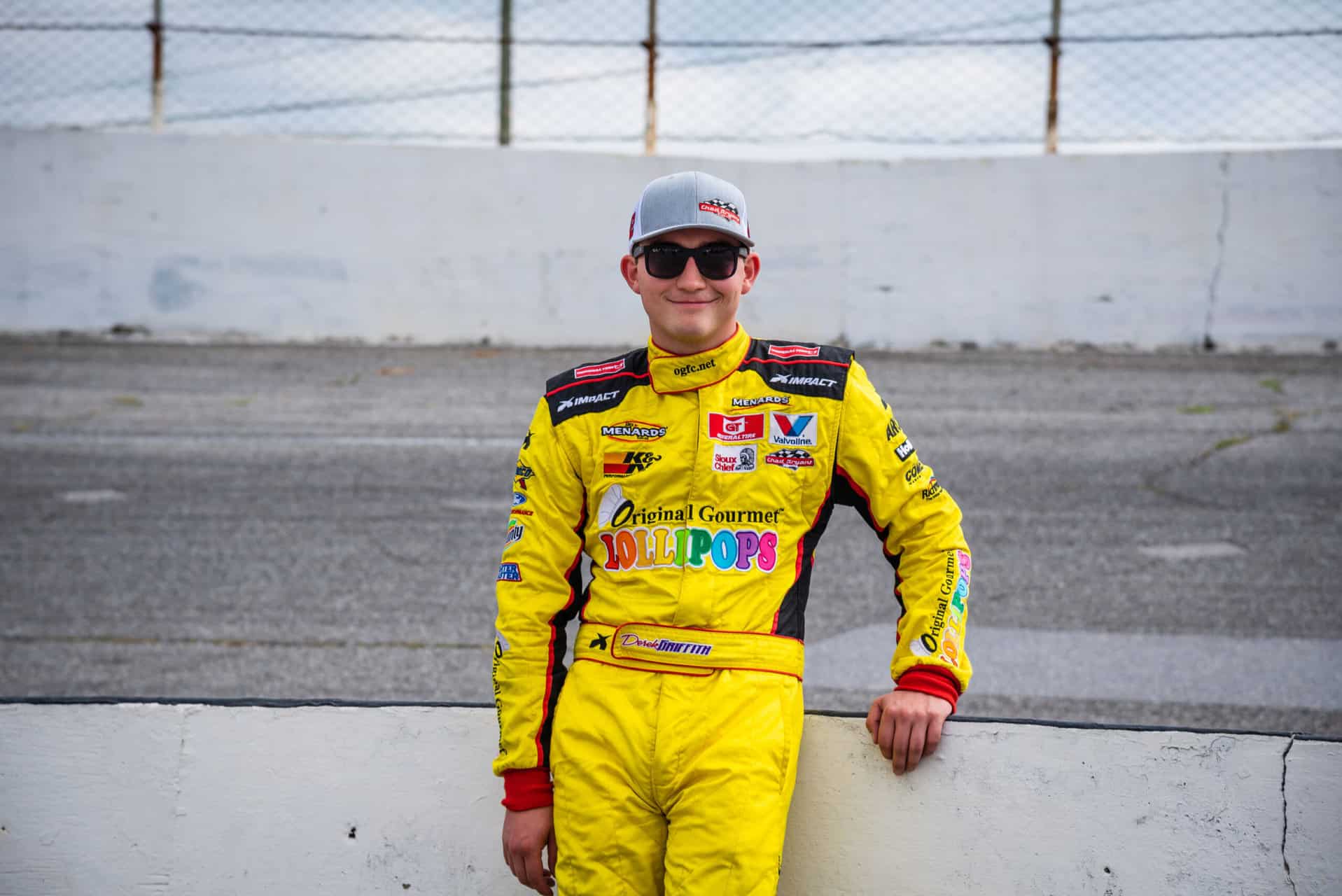 KANSAS CITY, Kan: There’s a lot on the line for everyone heading to Kansas Speedway for Friday night’s ARCA Menards Series Speediatrics 150 presented by The NASCAR Foundation, including rookie driver Derek Griffith.

The Hudson, N.H. native is poised to make his eighth start of the 2020 season and eyes a victory in the season finale driving for Chad Bryant Racing.

Griffith, 23, also returns to Kansas Speedway hoping to better his eighth-place run at the 1.5-mile speedway in July after starting 12th.

“I am excited for Kansas Speedway this weekend for sure,” said Griffith. “Finally, a place I have laps at, and I believe that experience should be pivotal to having a good night for our Chad Bryant Racing team this weekend.”

Completing all 100 laps this summer at Kansas was crucial in the learning curve for Griffith as he seeks his second top-five finish in ARCA competition and the first on a bigger track.

“I think the biggest thing I am happy about is returning to a place where I’ve made laps. It’s been challenging at times to go to a new track with limited practice and even some no qualifying and then just go out and race.

“We’ve made it work and did a good job – but going make to a place for a second time is going to pay off for us this weekend. I’ve learned so much on these bigger tracks this year and I hope we get an opportunity to showcase that on Friday night.”

Taking advantage of an off weekend in the ARCA Menards Series competition, Griffith and the Chad Bryant Racing team participated in the ARCA Menards Series East finale at Five Flags (Fla.) Speedway this past Sunday, where Griffith contended for the win but was eliminated from contention after being spun out by an impatient driver late in the race.

“I’m still a little frustrated about Pensacola,” added Griffith. “Just because we had such a good car and our team worked hard and we were right where we needed to be and got wiped out for no reason. A lot of people worked hard, and we left there nothing to show for our efforts.

“To make up for it, I really want a good finish in our No. 22 Original Gourmet Ford Fusion. A top-three finish would really make my season come to a good end.”

This week marks the eighth ARCA Menards Series event with Original Gourmet™ Food Company as the primary partner of Griffith’s No. 22 Ford Fusion.

“Halloween is coming up later this month and the Original Gourmet™ Lollipops make an excellent treat – just saying,” Griffith said with a smile.

“I can’t thank Chad Bryant, Paul Andrews and the rest of the Chad Bryant Racing team for all their efforts this year. This has been a crazy year, but it’s been a lot of fun to work with them!”

In addition to Griffith, Kris Wright will drive a second-Chad Bryant Racing car in Friday night’s race aboard the No. 12 car.

The Speediatrics 150 presented by The NASCAR Foundation (100 laps | 150 miles) is the 20th of 20th races on the 2020 ARCA Menards Series schedule. Group Practice begins Fri., Oct. 16, 2020 with a forty-five-minute practice session from 3:00 p.m. – 3:45 p.m. The race is set to take the green flag shortly after 7:30 p.m., televised live on either FOX Sports 1 or 2, while ARCARacing.com will stream live timing and scoring throughout the entire day’s festivities. All times are local (Central).