Triple duty weekend ends on the dirt at Springfield for Joe Graf Jr. 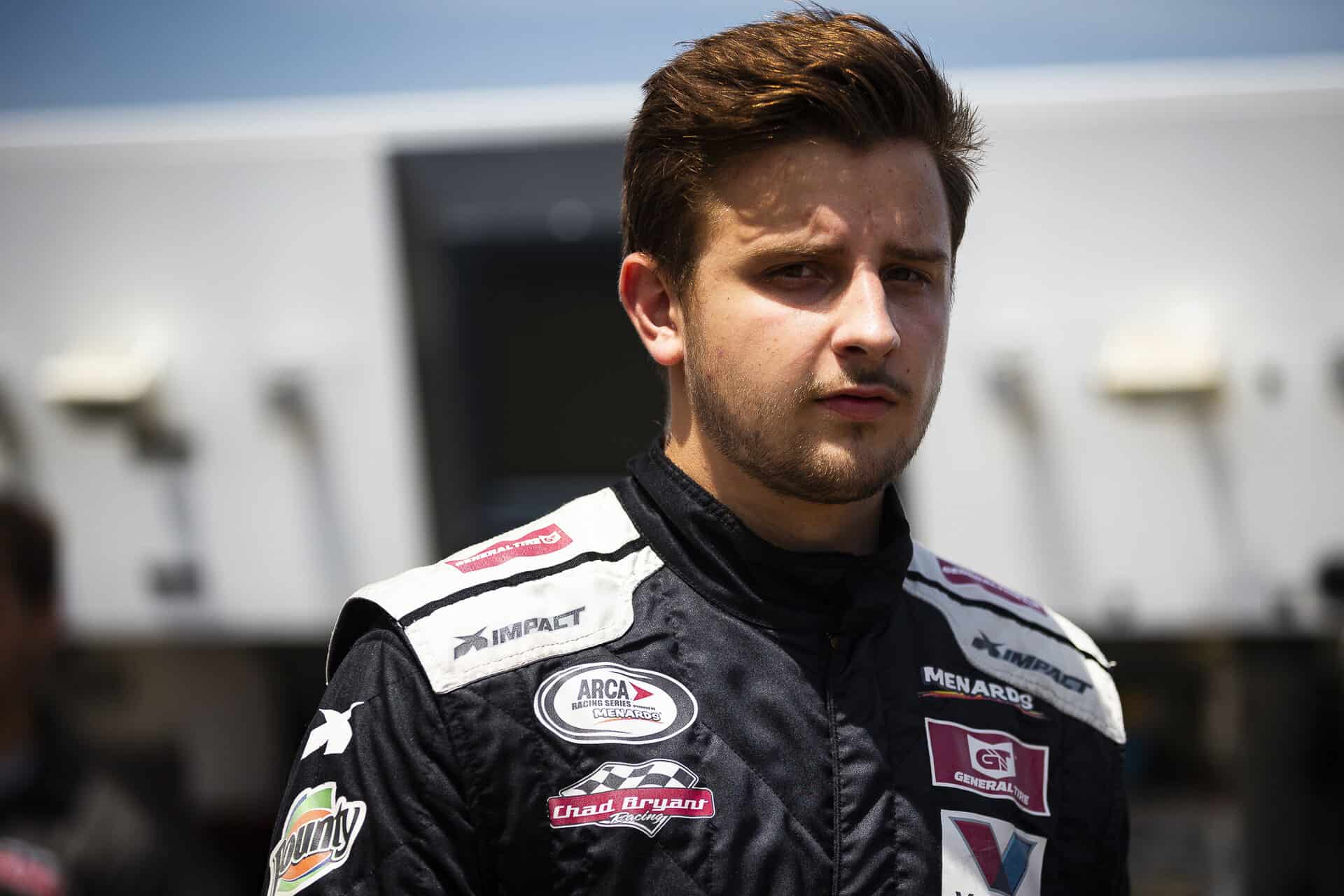 Graf Jr. will trek from Bristol (Tenn.) Motor Speedway where he’ll partake in a double-dose of action in the NASCAR K&N Pro Series East race on Thursday night – while making his third career NASCAR Xfinity Series start on Friday night in the Food City 300.

While Bristol provides an opportunity to gather laps and gain experience in the NASCAR world, once Friday night is behind the 21-year-old drive, he’ll seek his second career ARCA Menards Series win in the first of two dirt races this season.

“Yeah, it’s going to be a busy couple days, but I’m excited about that and can’t wait,” said Joe Graf Jr. “A lot of people including Chad Bryant Racing have put a lot of effort into making Bristol and Springfield possible and without everyone’s support, I know this triple-duty weekend wouldn’t be possible.”

After a two-week break from ARCA competition where Graf Jr. earned his ninth top-10 finish of the season at Pocono (Pa.) Raceway, the sophomore ARCA Menards Series driver invades the Illinois State Fairgrounds hunting his second top-five finish of the year.

“It goes without saying, I’m disappointed that we haven’t been able to run top-five or contend for as many wins as I would have liked to this season,” added Graf Jr. “There’s still some time for us to do that though. Chad (Bryant) wants it. I want it more; I just hope that we can have a smooth day on Sunday and give us a head start on DuQuoin in a couple weeks.”

Graf will make his third ARCA start on the dirt this weekend. Last year in his Springfield debut, he started sixth but found himself entangled in a late-race caution.

Fast forward 12 months later, Graf Jr. is hoping to take what he learned from Springfield and DuQuoin combined and lead Chad Bryant Racing to their fourth win of 2019.

“The dirt is a lot of fun,” sounded Graf Jr. “Momentum and throttle are critical for mastering places like Springfield and DuQuoin. I learned a lot about tire conservation last year too.

“The biggest obstacle is doing all you can to avoid spinning out, but I’m a lot more optimistic about Springfield than I was last year, and I hope I’m able to show that with our finish on Sunday.”

With the end of the season a little more than two months away, Graf Jr. realizes that the championship is a far stretch, but says winning is not.

“It’s a top priority to win before the end of the season,” he said. “These guys on the No. 77 team deserve it and so does EAT SLEEP RACE and all of our other partners. They have worked relentlessly this season and a win or two would be really cool.”

For the 16th straight race, EAT SLEEP RACE, a racing lifestyle apparel company headquartered in New Jersey returns as the primary sponsor of Graf Jr.’s No. 77 Ford for the 100-lap race.

“We just launched some really cool hats with EAT SLEEP RACE, so I encourage everyone to check them out,” sounded Graf Jr. “It’s been great to see EAT SLEEP RACE get involved as they have with the stock car side of things and with them on the Xfinity car and the ARCA car, it would be great to cap off the weekend with our strongest finish of the year.”

Entering Springfield, Graf Jr. has 34 ARCA Menards Series starts to his credit with one win (Berlin (Mich. Raceway, 2018), seven top-five and 17 top-10 finishes to his credit. After 15 races, he stands fifth in the championship standings with five races remaining.

In addition to his ARCA Menards Series presence, Graf Jr. has made two NASCAR Xfinity Series starts for Richard Childress Racing. He’ll compete in at least two more events at Bristol (Tenn.) Motor Speedway (Aug. 16) and Richmond (Va.) Raceway respectively.
For more on Joe Graf Jr, please like him on Facebook (Joe Graf Jr.) and follow him on Twitter (@JoeGrafJr) and visit his brand new website at JoeGrafJr.com.

The Allen Crowe 100 presented by Lucas Oil (100 laps | 100 miles) is the 16th of 20 races on the 2019 ARCA Racing Series presented by Menards schedule. Practice begins Sun., Aug. 18 with an hour practice session planned from 9:00 a.m. – 10:00 a.m. General Tire pole qualifying is set for shortly thereafter at 11:00 a.m. The race is set to take the green flag shortly after 1:40 p.m. The event will be televised live on MAVTV. ARCARacing.com will also stream live timing and scoring throughout the day’s festivities. All times are local (Central).

EAT SLEEP RACE (eatsleeprace.com) is a racing lifestyle apparel company based out of New Jersey. Since 2001 the brand has offered a full product line including accessories and apparel for men’s and ladies. As one of the pioneers of motorsports apparel, the brand has deep roots in the racing industry and was created to offer fresh designs for all racing enthusiasts.