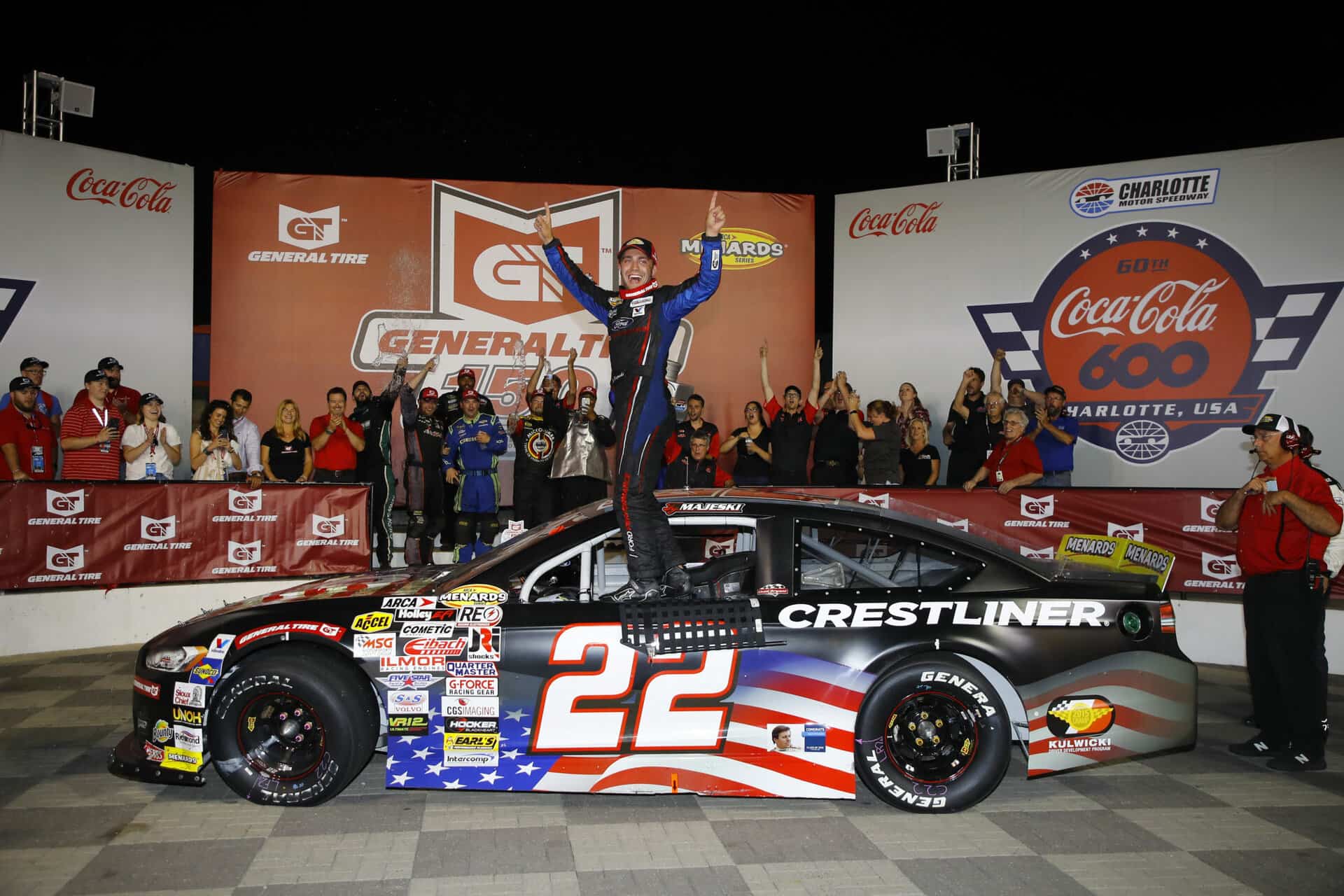 • Majeski started eighth in his second ARCA Menards Series start of the season. He never ran worse than eighth the entire 109 laps.

• Minimal chassis adjustments allowed Majeski to maneuver his No. 22 Crestliner Ford Fusion through the field and swipe the lead away from Bret Holmes on Lap 95.

• In two ARCA races this season, Majeski has finished fourth and first respectively at Talladega (Ala.) Superspeedway and Charlotte (N.C.) Motor Speedway

• Majeski is slated to run a minimum of four more ARCA Menards Series races this season including Pocono (Pa.) Raceway on May 31, Michigan International Speedway (June 7), Chicagoland Speedway (June 27) and the season-finale at Kansas Speedway on Oct. 18.

“This is unbelievable. After losing my ride this year, it was January or February before we finally put this together. Chad (Bryant, team owner) took a chance on me – we both had a lot to prove.

“This is a great win for us. This is so freakin’ awesome. To end up in Victory Lane and get to do a Polish Victory Lap, it doesn’t get any better. I’m also stoked to get Crestliner a win in their first race with us. A night I won’t forget.”