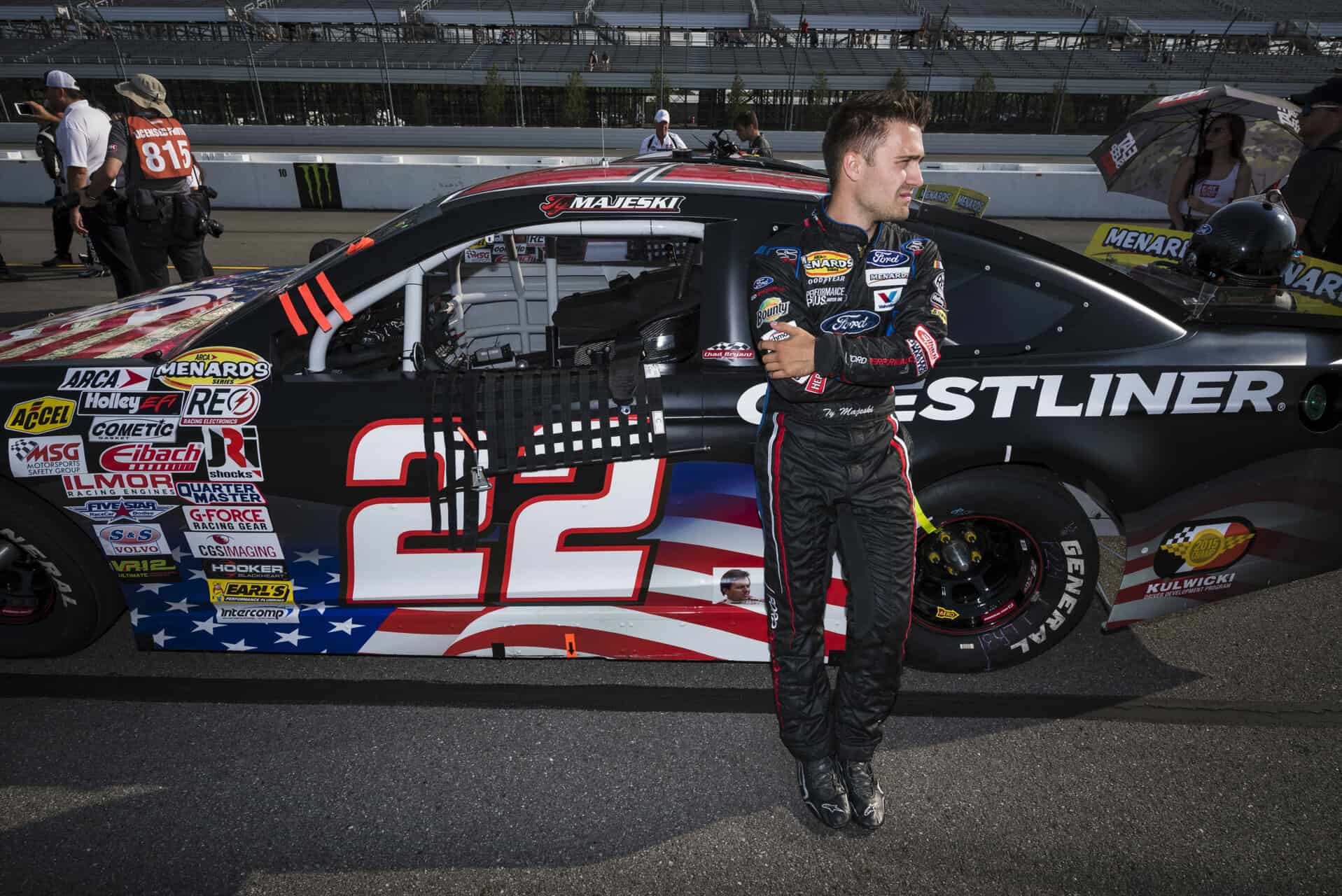 Majeski, a native of Seymour, Wisc. is without question one of the hottest ARCA Menards Series drivers on tour and while not running for the driver’s championship, Majeski is helping his Mooresville, N.C.-make a courted attack on the owner’s championship.

“It’s been a great few weeks,” said Majeski. “I can’t thank Chad (Bryant), Paul (Andrews) and the rest of the No. 22 Crestliner guys for their hard work and believe in me. We worked hard at Charlotte and Pocono to come away with the win and we’re going to take the same approach that we did the last two races and apply it to Michigan and hope for the same result.”

Unlike Charlotte Motor Speedway or last Friday afternoon’s race at Pocono Raceway, Majeski had never turned a competition lap at either race tracks, but the Ford Performance development driver returns to the Great Lakes state looking to rekindle the Motor City magic of 2017 when he produced a strong sixth-place result in his Michigan International Speedway ARCA debut.

With more experience on his side and knowing his Chad Bryant Racing equipment has the components it takes to lead laps and win races, Majeski is eyeing at bettering his current 2.0-average finish in his fourth start of 2019.

“Michigan International Speedway is a beast, but it’s a blast of a place to race,” added Majeski. “It’s a very wide race track with a lot of room to race with incredibly fast speeds. I’m hoping I can apply some of what I learned a couple years to our No. 22 Crestliner Ford Fusion during practice and qualifying on Friday.

“If we can find a good balance, we’ll use the 100 laps to put ourselves in a good spot and see if we can’t bring home another trophy for the third consecutive weekend.”

For Majeski, Michigan is the fourth of a six-race tenure with the Mooresville, N.C.-based team. After starting his part-time schedule on a high note with his third career top-five at Talladega and the back-to-back triumphs at Charlotte and Pocono, Majeski is eager to continue to help elevate the program and be an asset to the organization that helps not only him but his teammates Corey Heim and Joe Graf Jr.

“I think everyone at Chad Bryant Racing, me included, has high expectations for our program this season,” offered Majeski. “We’ve been very fortunate to win two races, but I still have an opportunity at three more checkered flags. I’m going to do everything I can to represent Chad Bryant Racing and Crestliner on the track – while also being the best teammate to Corey (Heim) and Joe (Graf Jr.) too.”

The VizCom 200 (100 laps | 200 miles) is the ninth of 20 races on the 2019 ARCA Racing Series presented by Menards schedule. Practice begins Fri., June 7 with an hour and a half practice session from 8:30 a.m. – 10:00 a.m. General Tire pole qualifying is set for later in the day at 12:00 p.m. The race is set to take the green flag later in the day shortly after 6:00 p.m. The event will be televised live on FOX Sports 1 (FS1). ARCARacing.com will also stream live timing and scoring throughout the day’s festivities. All times are local (Eastern).