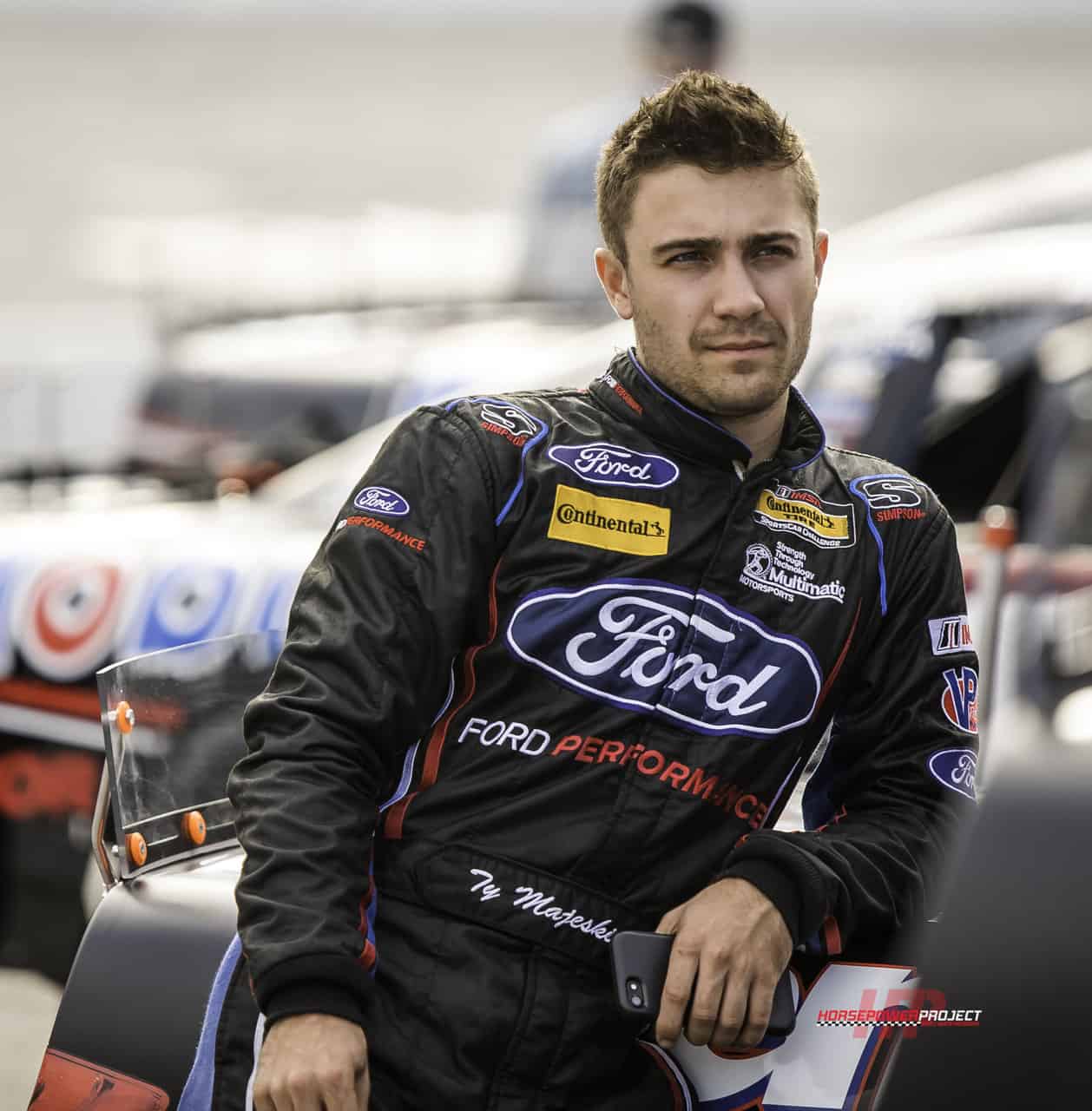 Majeski, a Midwest short track standout will compete in five of the remaining 18 ARCA races driving the team’s No. 22 Ford Fusion.

In addition to Charlotte, Majeski will also race at Pocono (Pa.) Raceway in June followed by Michigan International Speedway, Chicagoland Speedway and the season-finale at Kansas Speedway in October.

“This is a great opportunity from Chad Bryant Racing,” offered Majeski. “They are certainly sticking their neck out for me and I appreciate it and I’m more than ready for Charlotte.”

A native of Seymour, Wisc., Majeski has long been considered one of the stoutest stock car talents of the past decade with four ARCA Midwest Tour Super Late Model championships and triumphs in prestigious events like the World Series of Asphalt, Florida Governor’s Cup, Oktoberfest 200 and the Rattler 250.

From the short track scene, Majeski ran a limited ARCA schedule from 2016 – 2017 before being elevated to a 12-race NASCAR Xfinity Series campaign in 2018. In nine ARCA starts, Majeski earned two top-five and seven top-10 finishes, including a career-best second place finish at Kansas Speedway in 2017 driving for Cunningham Motorsports, the predecessor of Chad Bryant Racing.

“We’re very excited to welcome Ty Majeski to Chad Bryant Racing,” said team principal Chad Bryant. “Ty came to Cunningham Motorsports in 2016 and got off to a fast start and did some amazing things in a short amount of time.

“Ty may be driving under a new team name, but a lot of the fundamentals from his time at Cunningham Motorsports are still in place today. I expect him and Paul (Andrews) to pick up where they left off and be an asset to our two-car program throughout the 2019 season.”

Majeski added that the team’s goals are set high, but they’ll have five chances to pull it off and he believes his stock car experience will be an asset to the program.

“Our goals are set pretty high and I’m excited to get going,” explained Majeski. “We try to plan on getting to Victory Lane. I think the equipment is capable of it and Paul is a great crew chief.

“We will have fives time to do it. I believe my previous ARCA experience and my time in the Xfinity Series last year will certainly be a benefit and I hope that we can put together the results that we’re proud of.”

Sponsorship for Majeski’s effort will be announced at a later date.

Majeski, 24, is sharing the No. 22 Ford Fusion ride with newcomer Corey Heim who will make his speedway debut at the 2.5-mile Pocono Raceway on July 26 in the Pocono ARCA 150.