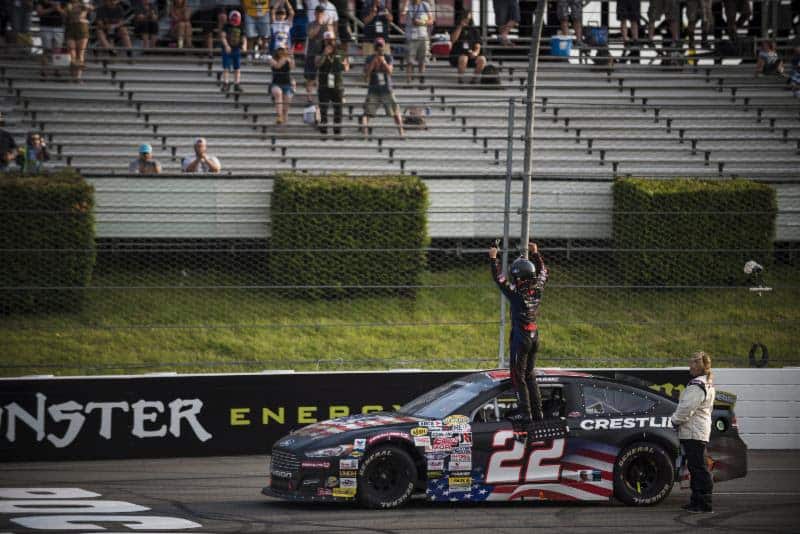 – Majeski started fifth in his third ARCA Menards Series start of the season. He never ran worse than fifth the entire 80 laps.

– Minimal chassis adjustments allowed Majeski to maneuver his No. 22 Crestliner Ford Fusion through the field and swipe the lead away from Riley Herbst during green flag pit stops on Lap 68.

– Majeski took the lead on Lap 68 and withstood a late race charge by Herbst to win his second career ARCA victory in his 12th series start.

– Majeski is slated to run a minimum of three more ARCA Menards Series races this season including Michigan International Speedway (June 7), Chicagoland Speedway (June 27) and the season-finale at Kansas Speedway on Oct. 18.

“It’s all about being with the right people. Being with Chad Bryant and Paul Andrews has been incredible. They have put together a great team and the guys all work hard to make days like today happen.

“Coming to pit road I thought I could have gotten a little more, but I maximized my speed. “I came into the box hot and got out pretty good. I knew it was going to be tough for the 18 to match that. I saw him leaving his pit and knew he would have to use the apron in turn one and I had a good head of steam going and from there everything went our way.

“I can’t thank Crestliner for their continued support and my CBR guys for their hard work. I’m having a blast. Looking forward to having an opportunity to make it three-for-three next weekend at Michigan International Speedway.”