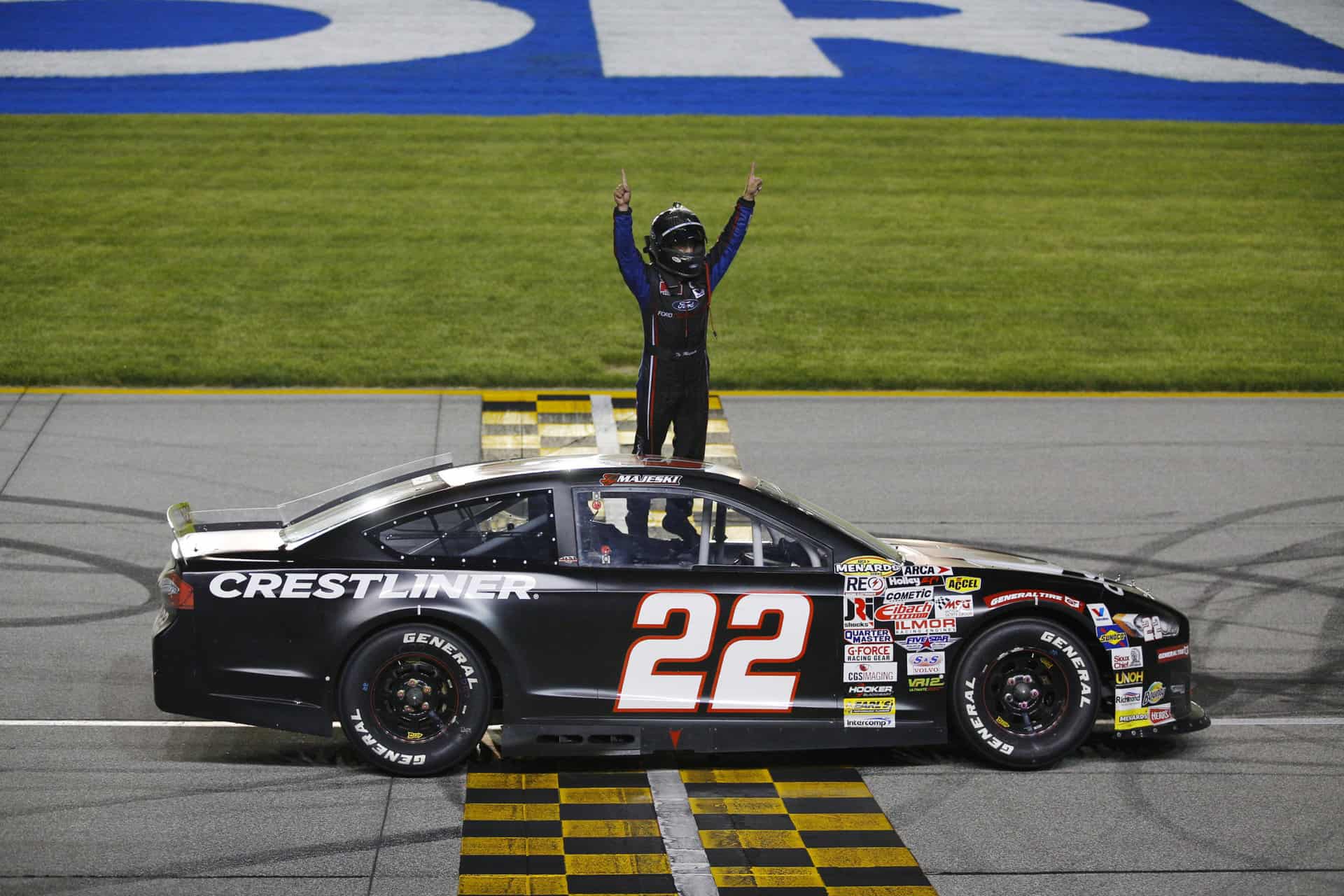 • Majeski opened his return to the ARCA Menards Series at Chicagoland (Ill.) Speedway by leading practice Thursday afternoon at the 1.5-mile speedway.

• Majeski started second in his fifth ARCA Menards Series start of the season. He never ran worse than third the entire 100 laps.

• Minimal chassis adjustments allowed Majeski to keep his presence at the front of the field for a race-high 72 laps aboard the No. 22 Crestliner Ford Fusion.

• On older tires and battling a little bit of a tight race car, Majeski withstood challenges from his competitors on a Lap 81 restart and eventually pulled away to a 9.179 second triumph.

• Majeski is slated to run just one more ARCA Menards Series race this season, the season-finale at Kansas Speedway on Oct. 18.

“We’ve won all three races in a different way. “We didn’t have the best car at Charlotte and beat them on a couple of late race restarts, we got them in the pits at Pocono, we almost got them on fuel mileage at Michigan and we wore them out with the best car here tonight.

“I just wanted to hit my marks and keep the car out of trouble and bring it home. This is as much about showcasing Chad Bryant Racing and the stuff they build as it is showing the world what I can do and it would make me look horrible to throw away a car that dominant.